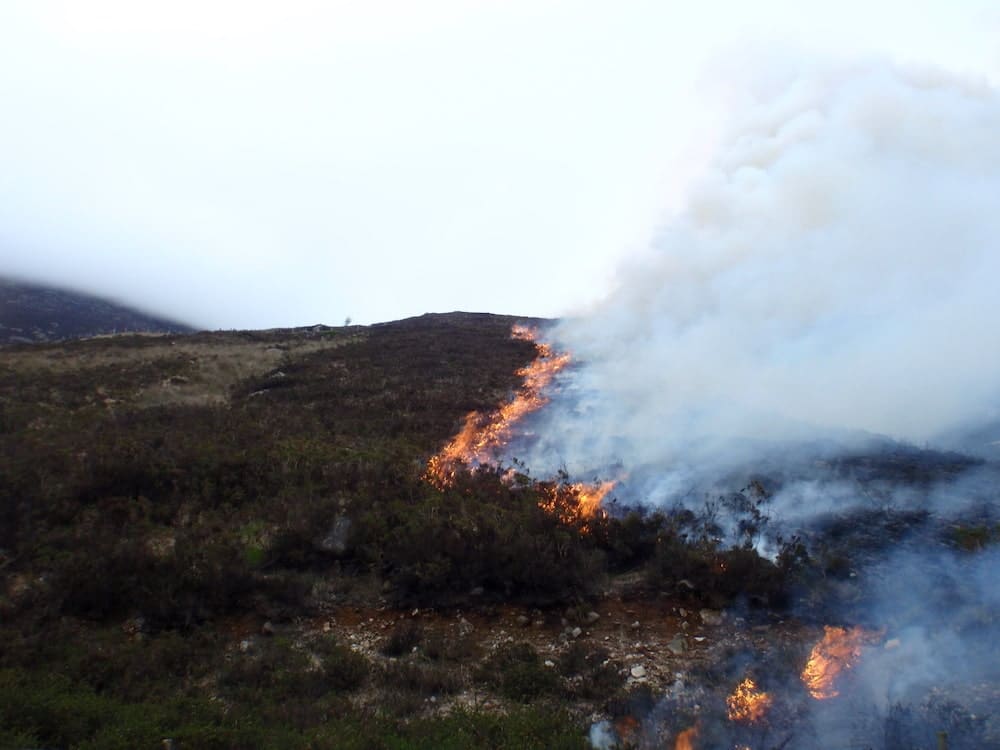 The public are advised to be alert for risk of Forest and Gorse fires.

With the soaring temperatures, visitors to beauty spots such as Gosford Forest Park, Clare Glen, Loughgall Forest Park and the Ring of Gullion are likely to increase significantly as sun worshipers seek to enjoy the good weather.

In March firefighters battled a major gorse fire in the Mournes which led to the closure of the Rostrevor Road in Hilltown as fire crews battled the flames.

At the height of the inferno six fire appliances were in attendance; two from Newry and one each from Rathfriland, Armagh, Lurgan and Kilkeel fire stations.

In April 2021, a multi-agency operation was involved in bringing a huge gorse fire in the Mourne Mountains under control, which the Northern Ireland Fire & Rescue Service (NIFRS) declared a major incident.

Advice from the Fire Service on preventing fires:

Report any suspicious behaviour to Crimestoppers on 0800 555 111