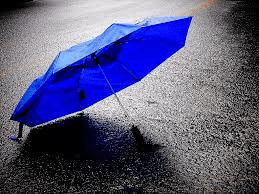 With thoughts now turning to spring, Armagh Observatory has confirmed that the Province has just gone through the wettest winter in 20 years.

The torrential downpours and tidal surges experienced in the last few weeks came just months after some of the coldest weather on record gripped the province.

Snow drifts of up to 18ft blanketed parts of counties Antrim and Down, leaving farmers cut off from their livestock amid high winds and sub-zero temperatures.

Thousands of livestock perished under the heavy snow, stranded from food and shelter.

And now after weeks of heavy rain, flooded homes and sand bags, many are wondering when exactly the ground will dry out.

Libby McKearney, from the Armagh Observatory, said: “We’ve been recording the weather since 1795 at Armagh Observatory and we have noticed for December, January and February, which make up the winter months, that it has been particularly wet and in fact the wettest winter here for 20 years.”

However, compared to southern England, much of which remains under water, the weather expert said Northern Ireland has not fared as badly.

In fact, she said that it was the “sunniest February since 2008.”