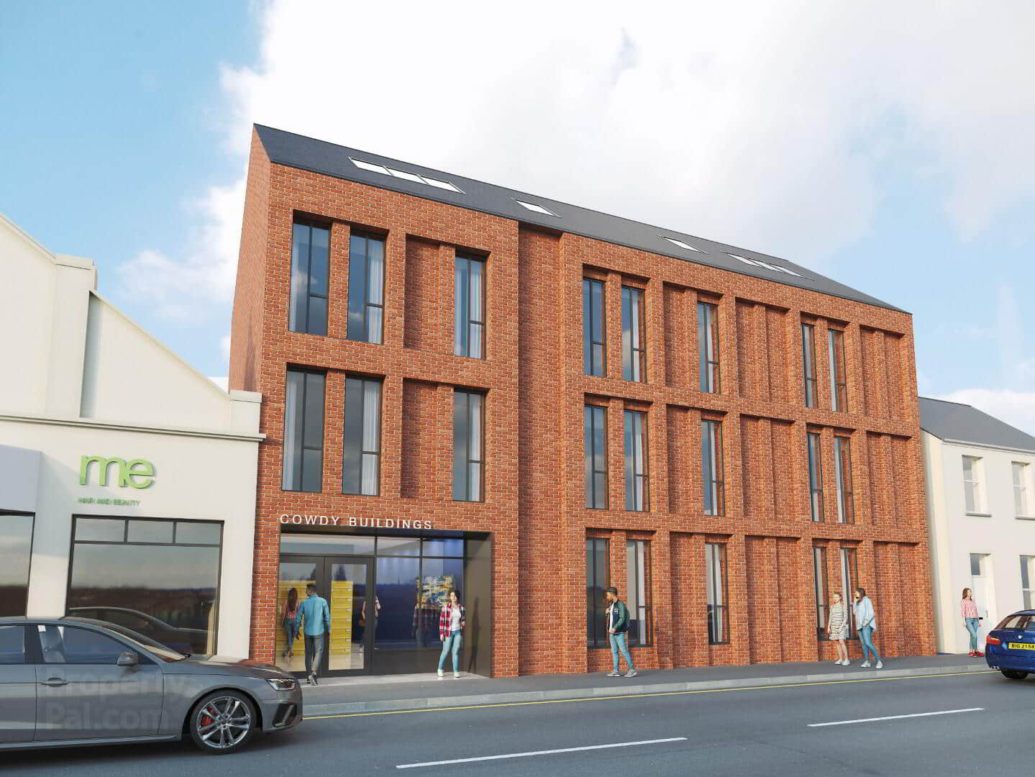 A prominent Portadown town centre site – which last year was given the go-ahead for a new apartments and office development – has been put up for sale.

The site in question is at 14A Edward Street, with TDK the selling agents.

The proposals – drawn up by SHC Property Ltd for a site directly opposite the police station – were first revealed by Armagh I in February 2020.

They were subsequently approved in autumn last year.

The applicant was granted by approval by ABC Council for a four-storey block comprised entirely of apartments.

Originally, the ground floor was intended as offices with 14 apartments at the upper three levels.

But amended plans saw permission for 17 apartments with the office element dropped.

The development also promised a communal amenity area – in the form of a landscaped courtyard – at first floor level, with a small terraced area at third floor level too.

The apartments would have been down to benefit from a disabled lift access to all levels with bin and bike storage area to the rear.

According to an accompanying statement at the time, the current building on site was “in a rather dilapidated state having been vacant for some time”. Despite approval being given, the apartments never materialised and the site is now up for sale.

The agent is advertising the fact that approval has been given for 17 one-bedroom units to be built.

According to marketing materials the location is centrally-placed in terms of infrastructure, amenities and services, as well as local shops.

“The subject property is located in the centre of Portadown, with many nearby occupiers, such as Bob and Berts, Screwfix, Home Bargains and the Meadows Shopping Centre all in close proximity,” the agent notes.

The application allowed for the demolition of the premises at 14A Edward Street and building on what is currently described as a “brownfield site”. It forms part of a terrace of buildings which front on to Edward Street and borders an open yard to the rear which links on to Thomas Street.

It is hoped that the property can now be sold and brought back into productive use.