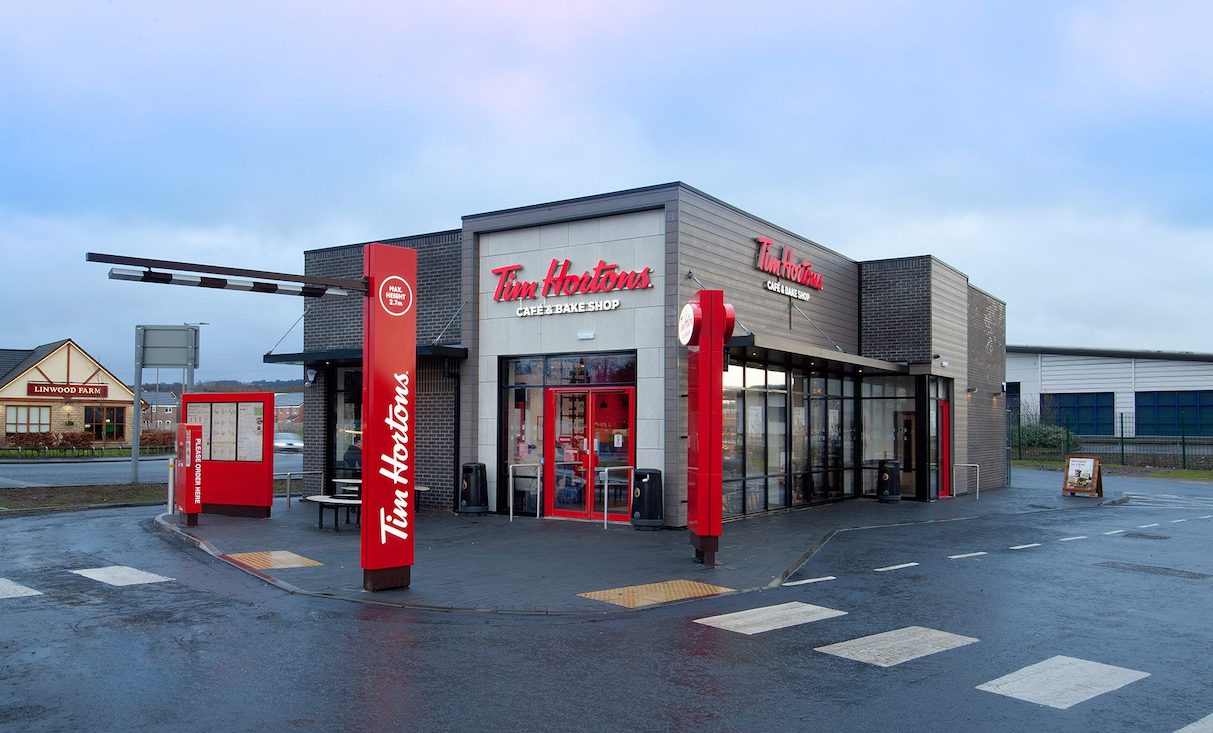 World-famous coffee and donut chain Tim Horton’s has set its sights on opening a new drive-thru in Portadown, Armagh I can exclusively reveal.

The development – which would create 10 new jobs if approved – has been earmarked for a site across from the Meadows Shopping Centre, adjacent to the Meadows Retail Park.

The SK Group – the parent company for the Canadian brand within the UK – has submitted proposals to Armagh City, Banbridge and Craigavon Borough Council.

The company argues it would be a major boost to the general locale, where the McDonalds restaurant was renovated just over a year ago, and the addition of The Range to the Meadows shopping centre itself has helped to provide a new lease of life in the area.

Now Northern Ireland’s fourth opening under the Tim Hortons franchise – and the first outside the greater Belfast area – could shortly become a reality if planners serve up approval.

And according to a submission accompanying planning papers, the chain hopes to open around 25 more units across Northern Ireland within the next two years.

The plan in Portadown is for a drive-thru café.

The 2,400 sq ft cafe would be boosted with the inclusion of an outdoor seating area and in excess of 60 car parking spaces.

The site – an existing car park – is bounded to the east by Meadow Lane and to the north by Sandy Row.

According to papers submitted with the proposals, 10 jobs would be created, with hundreds of customers expected on a daily basis.

Pre-application discussions have already taken place with planners when, according to a supporting statement, the “principle of development was agreed”.

According to the statement: “The proposal seeks to confirm and add to the lively and attractive environment of the primary retail core by creating a choice of food outlets for customers.

“As Tim Horton’s are a successful global chain and are a recent addition to Northern Ireland, the drive-thru coffee shop will attract and encourage visitors to the area.”

It says it will offer a service “similar in nature to the adjacent McDonalds” and will “complement the established retail uses within Meadows Retail Park to the south and Meadows Shopping Centre to the east of the site”.

To date, one objection has been received from Playtime NI Ltd, trading as Peter Pan’s Neverland, within the Meadows Retail Park. It raises issues with potential congestion and car parking, saying it would reduce the “legitimate car parking on the site to an unacceptable level”.

It also argues that it would result in an “overhang at the entrance” and “increase the hazards to both pedestrians and road users” at what it says is an “already busy junction”. It suggests alternative sites at the Lidl on the Armagh Road and at the Marlborough Retail Park.

The detailed submission will now be considered by planners during the determining process.

Tim Horton’s opened its first outlet in the Canadian province of Ontario back in 1964. Twenty years later it opened in the United States and today the brand now employs thousands of workers in over 2,000 outlets.

It is only two years since the iconic brand arrived in the UK with a slow and gradual process leading to a handful of openings. Tim Horton’s now has three in Northern Ireland – in Belfast City Centre, Connswater and Glengormley, with another approved for Coleraine – and this newest earmarked for Portadown.

The application will now be considered by ABC Council and will be publicly advertised this week, with a decision expected within the next few months.