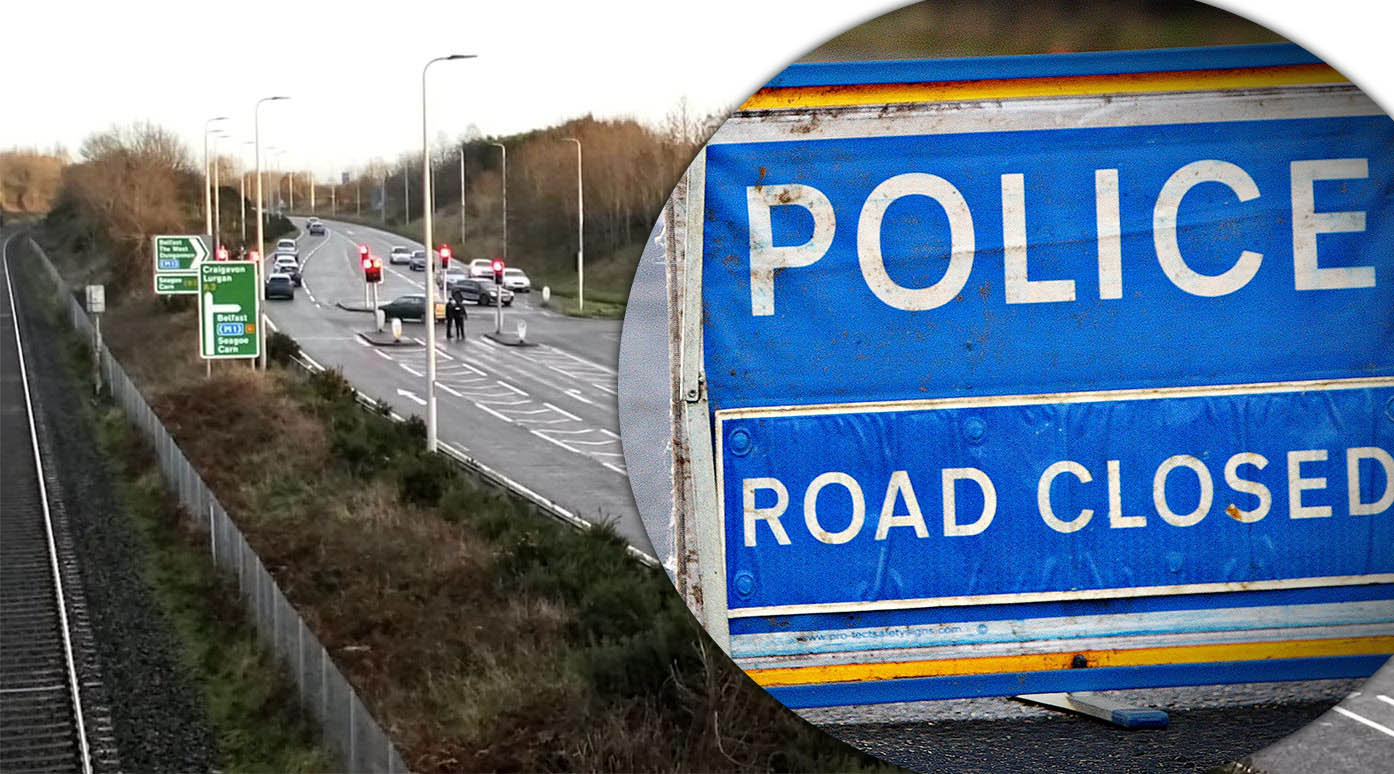 A woman has died following a two vehicle road collision on the Northway in Portadown this afternoon.

The woman who is believed to be in her 70s, was the passenger in a blue Peugeot 108 involved in a collision with a silver Honda Accord on the Northway shortly before 2pm.

The male driver of the Peugeot, also thought to be in his 70s, was taken to hospital for treatment to injuries that were described as very serious.

The 54-year-old male driver of the other car was arrested at the scene on suspicion of dangerous driving.

Inspector Brian Mills said: “The Northway remains closed at present while we examine the area of the collision. I am appealing for witnesses or anyone who may have captured dashcam footage to get in touch by calling 101.”

In a separate incident earlier in Portadown, a police officer and member of the public, in attendance at a parade, were struck by a car in the Drumcree area.

The car – a Seat Alhambra – was later abandoned a short time later at Churchill Park and witnesses reported seeing three men making off on foot from the car.

“We call upon the authorities to take swift action to bring the perpetrators to justice,” a spokesperson for the Lodge said.