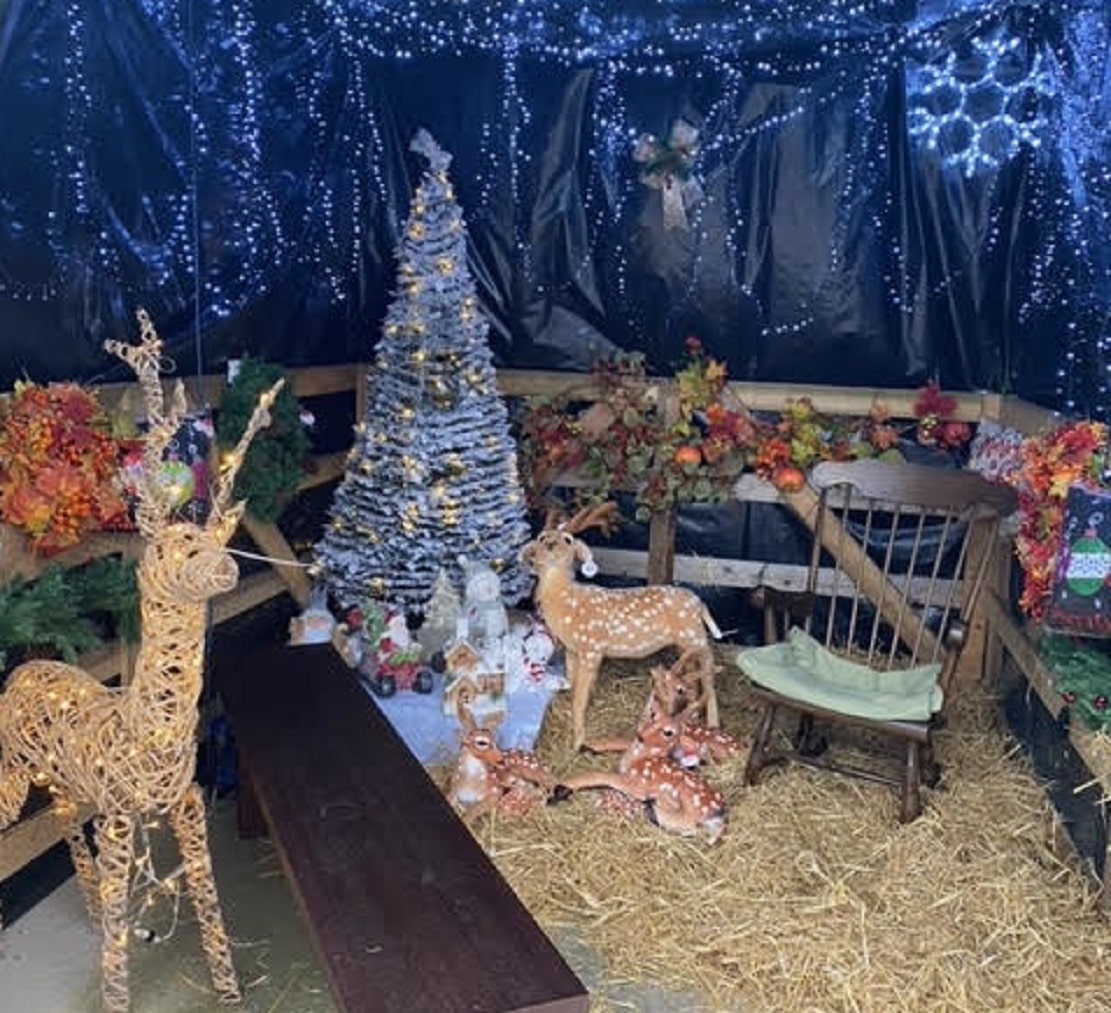 Preparations are well under way for Saturday's event

A special Christmas event  is being held in Portadown this Saturday, December 3 in memory of town businessman Terry McDonagh.

Mr McDonagh, who owned Terry Design in Obins Street, died in September after a short illness with leukaemia.

Portadown Wellness Centre, which offers support and empowerment to people affected by mental illness, has organised the children’s animal farm and Santa to raise funds for Leukaemia UK and remember their “great friend”.

Alan McDowell, founder of the wellness centre, said all of the team were shocked to hear of Terry’s death and that the McDonagh family – synonymous with furniture in Portadown for decades – were instrumental in helping Portadown Wellness Centre get established.

“From day one they extended kindness, generosity and encouragement,” he said.

“Believe it or not I had never met Terry. I knew his brothers Ross and Neil, yet when I heard of the passing of Terry, it felt like I had lost a brother also.

“Everybody tells me Terry was such an inspirational person to work for. He had huge belief in the talents and skills of young people and always went out of his way to extend encouragement and praise when a job was well done.

“Over the last few weeks we wondered what we could do to support the McDonagh family as they face their first Christmas without Terry.” The Children’s Animal Farm, where Santa will pay a visit, will take place at the Empower Gardening & Educational Centre on the Armagh Road from 9.30am to 5pm.

Children can meet the donkeys, llamas, goats and sheep and have a chat with Santa.

Neil’s partner Janet has arranged for her ukulele band, Orchard Ukes, to provide music on the day while her daughter Kate Neill, the centre’s baking tutor, will be rustling up some goodies and these will be on sale along with tea and coffee.

Cookery tutor Sayon will also be serving up some of her home-made potato and leek soup.

Terrys brother Neil is bringing along a 500cc Classic Racing Bike, a custom built 650 Kawasaki and a GSXR 1100 with side car.

There will be an entrance fee of £5 for adults and £3.50 for children with all proceeds going to Leukaemia UK.