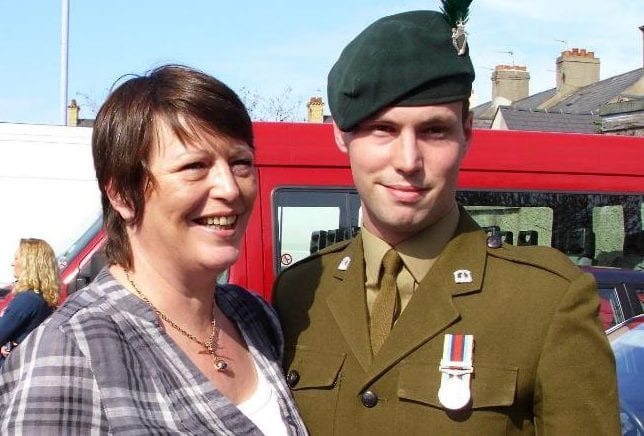 It may seem strange now but there was much to admire in the landscape of Helmand — its vivid colours and stark shapes, the lush foliage of the green zone, the endless desert with its water courses and ridges, the mountains always visible in the distance. And everywhere run the tree lines and irrigation ditches, natural and man-made features that a soldier sees with a different eye to the civilian.

Over the seven years of British involvement in that part of Afghanistan the enemy watched and learnt our tactics, seen how we avoid tracks and space out our men to give depth and protection from attack. They understand our view of the land and our use of it. And while we avoid patterns and routine there are always ways and routes that we cannot avoid because of military imperatives or topographical constraints.

And it is in these places that the insurgents sow the ground with improvised explosive devices (IED) whose purpose is to damage and destroy. The unseen presence of these deadly munitions means that soldiers view the terrain around them not with awe but with suspicion.

On Remembrance Sunday 2010 Ranger Aaron McCormick, one of my men, was killed by such a mine. He died clearing the ground so the rest of his patrol could pass safely. Although there were specialist counter-IED teams, whose skill and bravery were rightly praised, it was the ordinary soldier, the patrol member, men like Ranger McCormick, who searched for and found most of these weapons.

Each time they put one foot in front of the other they know that they may be just a step away from dying. And yet they take that step and then another and another, and so on until the job is done and they are back at base.

In 2008 Ranger McCormick was stationed in Sangin District, with the Royal Irish Regiment. While there he found more IEDs than anyone else; he became expert at his trade. In 2010 he volunteered to use those skills once more, at the front of the patrol. It was this selflessness and bravery that finally had such miserable consequences.

I had only known Ranger McCormick for some four months. For the last two we had been serving together in the Nad-e-Ali district of Helmand province. It wasn’t a long time but it was more than enough for me to gain a measure of the man.

I remember sitting with him the night before his last patrol, I remember talking about his life, his aspirations for the future, his sacrifices of the past. I had no idea it would my last conversation with Aaron.

On the day he died there were tears in the eyes of many of the men. It was deeply humbling to see courageous people at their most vulnerable, feeling the loss of a colleague, the loneliness of being so far from home and expressing compassion for those who have suffered doing the nation’s bidding.

These emotions are not ones of weakness. They are human qualities and frailties, as much present in fighting troops as anyone else.

And once the tears were wiped away the soldiering went on as Ranger McCormick’s friends and colleagues once again stepped out from behind the wire and towards danger. That is the sign of their commitment to the job and to honouring one who has now gone.

As ever the fighting will end, the conflict will become nothing more than a distant memory and those who fought such a vicious campaign slip back into society. The memory of Ranger McCormick will go with them, not as a mere number — the 344th British soldier to die in Afghanistan — but as an individual who gave his life protecting others. His laughter, his craic and his presence may be physically absent, but they will live on in the minds of us all if we remember the person not the number.