Watch: Large inferno breaks out at business premises in Portadown 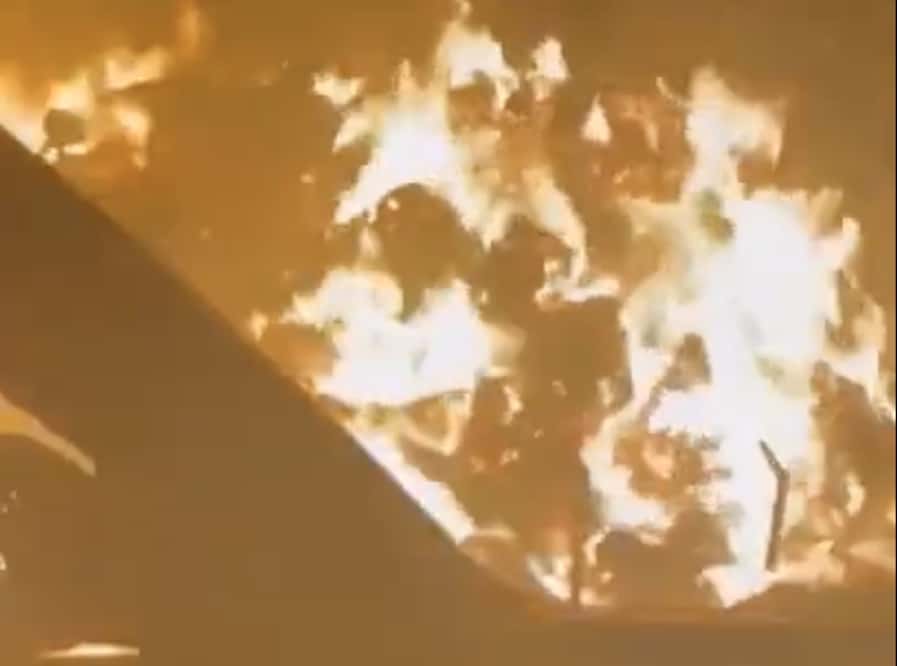 Six fire appliances are currently in attendance at a large blaze outside Portadown tonight (Saturday).

The inferno broke out at business premises on the Blackisland Road shortly before 10pm.

It is understood large stacks of hay have caught fire, however, it remains unclear what else has been affected.

A NI Fire and Rescue Service spokesperson told Armagh I that six fire appliances from local stations – and one water tanker – is at the scene this evening.

A police spokesperson added: “Motorists are advised that the Blackisland Road, Portadown, is currently closed due to a large fire in the area. The Northern Ireland Fire and Rescue are currently in attendance. Please seek an alternative route for your journey.”

Video footage sent to Armagh I shows the scale of the task facing crews tonight.

The extent of the damage is unknown at this stage.