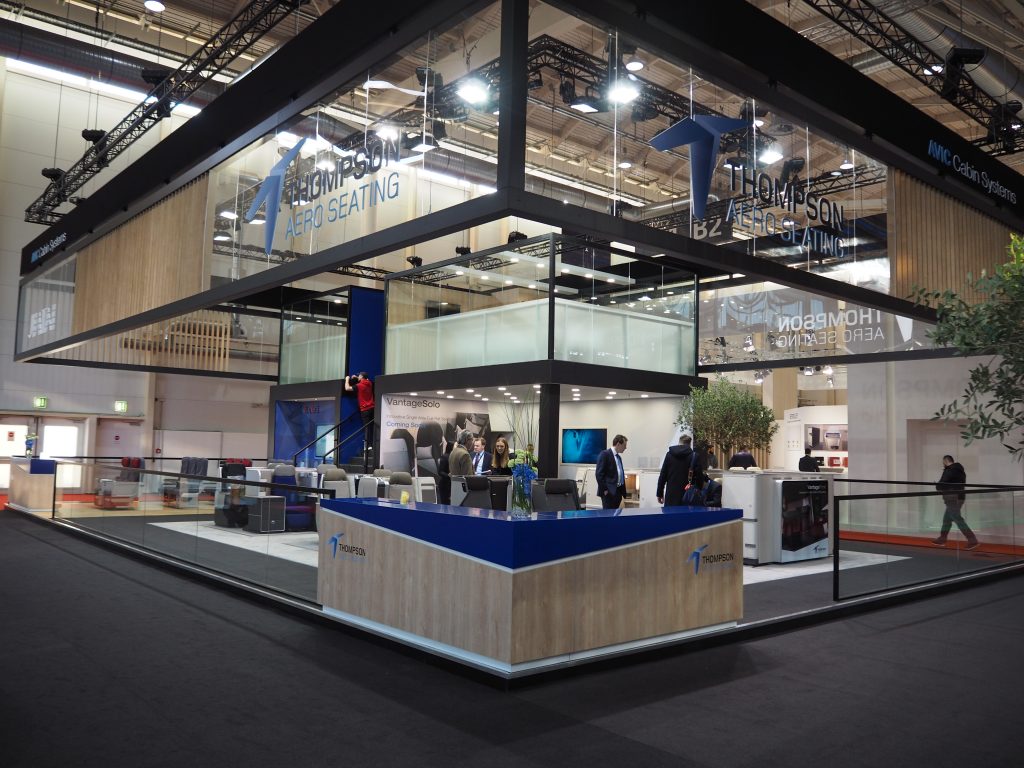 Up to 500 jobs look set to be axed at Thompson Aero Seating sites in Portadown and Banbridge after the company announced a redundancy programme to cut 40% of its workforce.

It comes as a result of “major market challenges”, Thompson – which employs around 1,200 – announced today (Thursday).

A spokesperson for the company said: “As a result of these major market challenges, Thompson Aero Seating is announcing a redundancy programme with a proposed reduction of up to 500 jobs, which represents a 40% reduction and will bring the company’s headcount back to the numbers employed in the business as recently as 2018.

“Consultations will now commence with our employees and representatives, with reductions to take place over the coming months.

“It is with great regret that the company has taken this essential step, an unavoidable decision which, given the circumstances, is absolutely necessary to secure the sustainable future of our business. Our primary focus is on liaising closely with and supporting our employees at this time.”

“Today’s announcement will come as a very severe blow to this workforce who only weeks ago [in March] suffered more than 430 job-losses, mostly among agency staff, at the onset of the Covid-19 crisis,” he said.

“Unite will seek to mitigate the threatened job losses so far as is possible and is seeking for these workers to obtain furlough instead of being made redundant.

“Should job-losses on this scale proceed, it will represent a devastating blow not just to the workers affected and their families, at this time of crisis, but to the economy of Northern Ireland as a whole.

“Thompson Aero Seating currently employs a core workforce of approximately 1,200 and at least a further 100 casual workers at its sites at Portadown and Banbridge – it is a regionally significant employer.

“If these workers can be furloughed instead of made redundant it offers some hope to safeguard jobs until demand in the aerospace sector improves. The Northern Ireland Executive must now act to defend these workers’ jobs”, Mr Ellison concluded.

Unite Regional Secretary Jackie Pollock called for urgent action from the Northern Ireland Executive in the face of the challenge facing the Aerospace sector.

“Northern Ireland Aerospace plays a central role in our region’s economic success,” he said. “But the sector faces huge challenges going forward as a result of the Covid shutdown of the aviation sector leading to a collapse in new orders. The government of Northern Ireland cannot afford to sit back and watch – it must now intervene to protect vital industrial capacity, jobs and skills.

“They must immediately secure movement from the Chancellor on the inflexibility that is currently built into the government’s Coronavirus Job Retention Scheme.

“At present, workers must be furloughed before June 10th to receive support under the scheme; however, this is simply not possible where companies have contractual obligations for orders which are due immediately after this date.

“This is the case in Thompsons Aero Seating and means five hundred workers now face the prospect of redundancy rather than support under the furlough scheme.

“The Executive needs to bring forward a wider programme to safeguard vital industrial capacity. They need to be ready to take equity stakes in leading companies which now face unprecedented challenges and threats.

“Such investment should be focussed on repurposing production to better meet fundamentally changed economic conditions. The priority must be to save jobs and our skills-base so that our economy is well-positioned to make the most of any bounce-back in coming years”, Mr Pollock concluded.

“Should these redundancies proceed it would be a devastating blow for the local economy in Portadown and further afield across Northern Ireland,” he said.

“My first thoughts are with the workforce, who have been left in this situation through no fault of their own, and who were hit with around 430 job losses at the onset of the coronavirus crisis.

“I will be writing to the management at Thompson Aero Seating to seek assurances that any job losses will be mitigated as far as is possible and to request that workers are furloughed rather than being made redundant at this stage.”