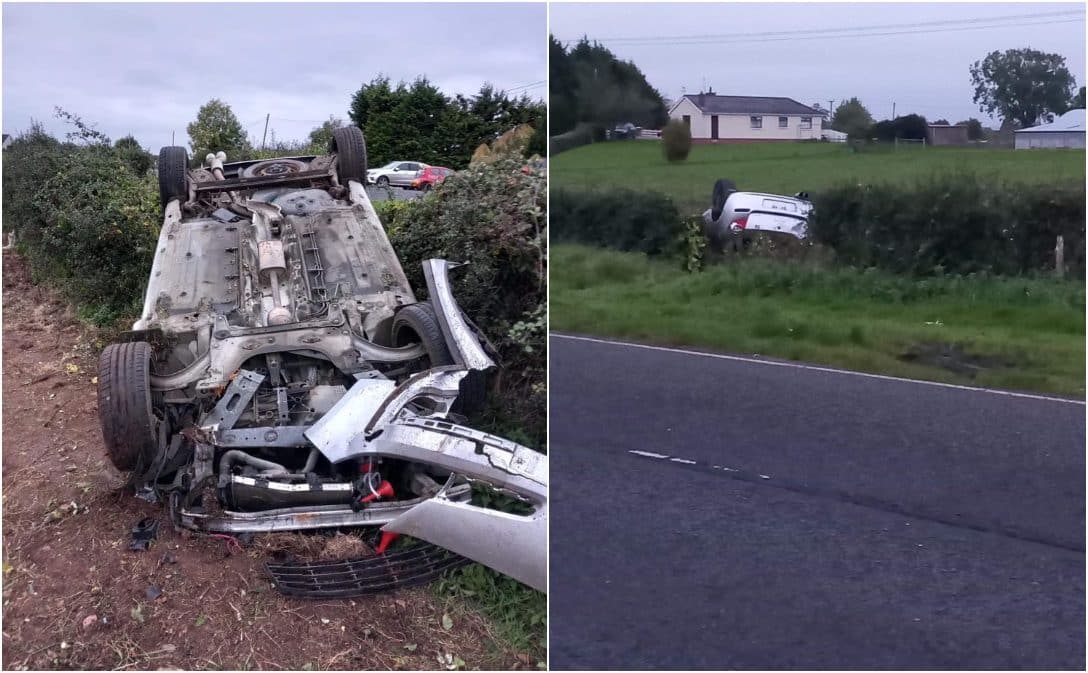 The driver of this car, which crashed through a ditch along a notorious stretch of road outside Portadown, was taken to hospital with serious injuries.

A passenger was also taken to hospital as a result.

The incident occurred along the Moy Road in Portadown on Tuesday night.

A police spokesperson told Armagh I: “Police, along with colleagues from Northern Ireland Ambulance Service, attended the scene of a single vehicle road traffic collision in the Moy Road area of Portadown at approximately 9.15pm on Tuesday, October 18.

“The vehicle had left the road and entered a field, rolling onto its roof.  No other vehicles were involved. Two people were taken to hospital for treatment to their injuries.”

This is the latest in many crashes to occur in this location – next to Whittle’s Car Services.

A previous collision occurred back in March. Several cars parked in the lay-by at the time were damaged as a result.

Following it, the Department for Infrastructure (DfI) erected signs to warn drivers of approaching bends, however, SDLP councillor Eamon McNeill says more needs to be done.

“Back in March, following the incident then, I requested for DfI to reinstate the anti-slip surface that hadn’t been replaced after a resurfacing of that stretch of road had been carried out.

“Today, I am reiterating that request with DfI, to prioritise the urgency before someone’s life is tragically lost.”