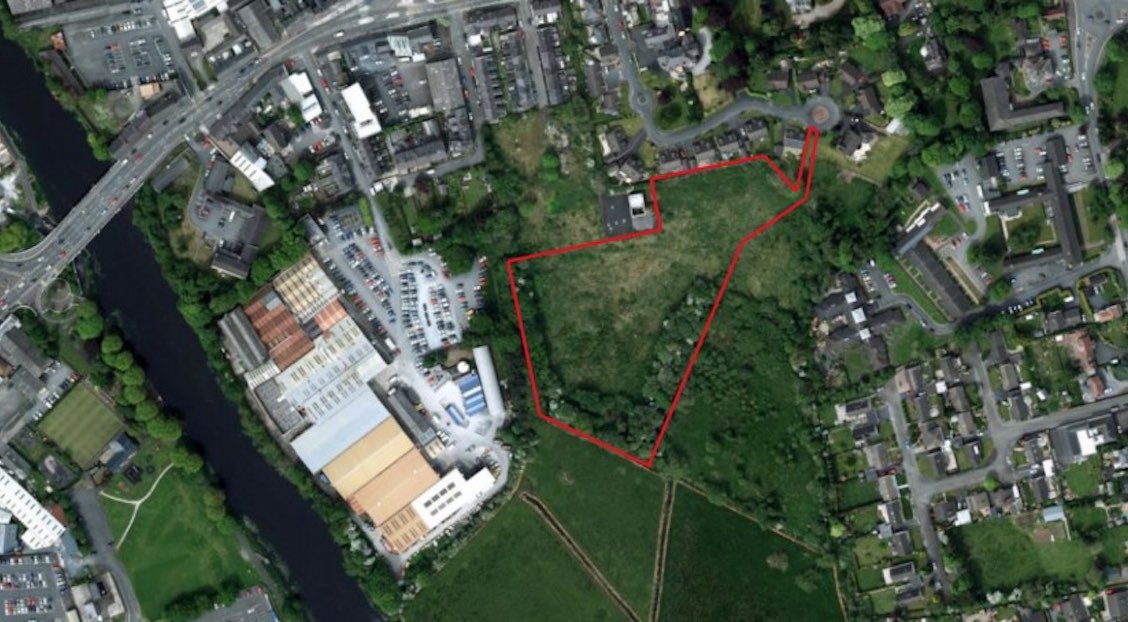 A vote was required for Armagh City, Banbridge and Craigavon Borough Council’s planning committee to approve an application to bring 21 bungalows to Portadown.

The somewhat controversial application concerns a site located south of 11-17 Roslyn Avenue in the town and approximately 40m NW of of Knock Eden and Edenderry Gardens Fold Housing Association.

The application was submitted by agent Alan Patterson Design LLP on behalf of applicant R.A Irwin and Co Ltd and was brought before the planning committee as it received 30 third party objections from 12 postal addresses and six petitions each carrying 24 signatures.

Some of the concerns expressed within these objections included an impact on protected species including bats and butterflies; traffic safety issues and concerns about the site sitting within a flood plain.

Members were informed the application seeks permission to bring 21 single storey dwellings, comprising of eight semi-detached and 13 detached dwellings to the location with a new access created via Roslyn Avenue.

Speaking on behalf of the applicant, Potadown councillor, Julie Flaherty said the application would bring “very much needed single storey retirement dwellings” to the area.

“The area is well within the development limit and has already gone through a rigorous planning process,” said Councillor Flaherty.

“The developers professional team, including qualified ecologists and road engineers have had considerable consultations with NIEA and DfI Roads and the proposed scheme has been amended to accommodate, as far as possible, the concerns raised by local residents.”

An objector to the application also spoke and expressed concern about the “substandard junction” at Roslyn Avenue and claimed a culvert running under the proposed access road has not been considered in the application’s design and questioned the land’s designation as a brownfield site.

Also addressing the committee was a planning consultant who noted the “low density” of the development and said it will “not have an unacceptable impact on the amenity of residents of Roslyn Avenue”.

Councillor Tim McClelland sought clarity on the assessment of this site as a brownfield site.

The planning officer confirmed it was the planning department’s view that it is white land that has also been judged to be a brownfield site.

Councillor Ciaran Toman enquired about the potential noise impact on the development, given that it located close to the Thompson Aeroseating factory.

He was advised that assessing noise levels at this time is challenging but was informed such challenges are being compensated for in assessments.

Alderman Sydney Anderson said the issue of traffic build up in this area was well known and asked what consideration had been given to increasing traffic in the area.

He was informed officers can only assess what is in front of them and if DfI have not expressed a concern it is not for planners to judge.

Councillor Peter Lavery then expressed some concern about the safety of the cycle lane in the area and did not agree with the designation of the land in question as a brownfield site.

Cllr Lavery asked if there had been any structures on the site and was advised there was no evidence of structures but was told a brownfield site does not need to have a previous permanent structure.

Councillor Sam Nicholson asked the developer to explain how it will protect the area’s butterflies.

The developer explained the habitat management areas will ensure fertile ground will be provided for the Cryptic Wood White butterfly to thrive in the area for the next 25 years – a guarantee that could not be made if the land was left undeveloped, the developer claimed.

Councillor Lavery told the chamber that having heard the debate he was not of the view the land in question was a brownfield site and had concerns about road safety in the area. As such, he proposed the application was refused.

Councillor Nicholson said that having taken everything into account, the economic benefit and need for this housing in the area was important and proposed the application was approved.

This proposal was seconded by Councillor Ciaran Toman.

“I would not be prepared to accept this approval,” said Councillor Lavery. “I would vote with my conscience. I am not going to be forced to agree with something I don’t agree with.

“I will not have an accident at this junction on my conscience.”

Councillor Nicholson’s proposal was the put to a vote.

Councillor Lavery was the only member present to vote against the proposal and as such the application was approved with 10 votes in favour to one against.