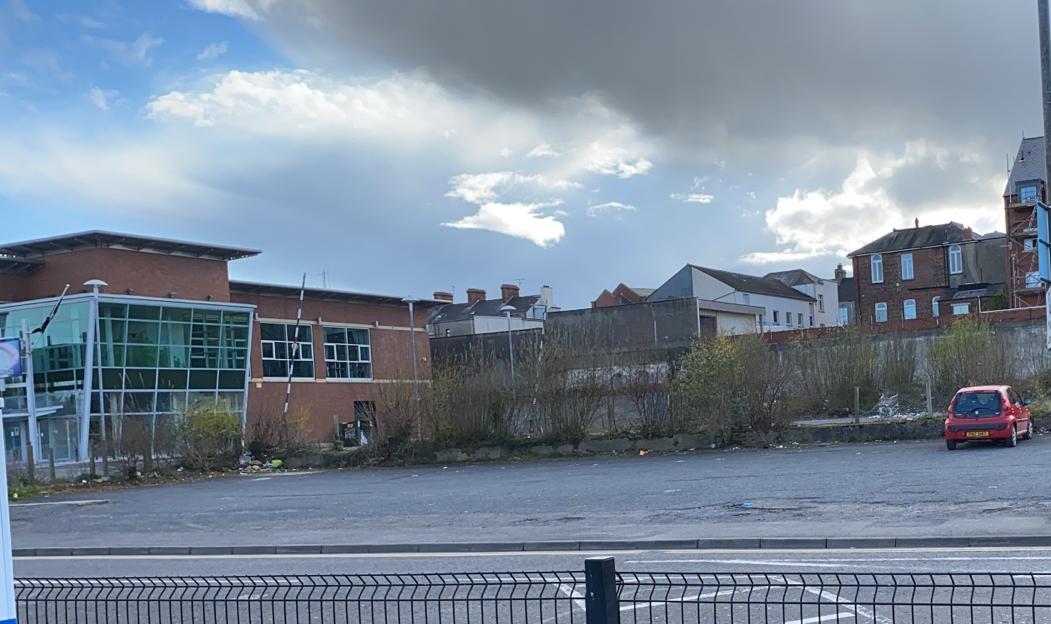 Tim Horton’s could soon be on its way to Portadown as ABC Council officials are prepared to recommend a new drive-thru in the town should be allowed to proceed.

The world-famous coffee and donut chain has earmarked a site at the Meadows Retail Park at Meadow Lane.

Armagh I first revealed plans had been submitted for the new Tim Horton’s outlet by SK Group UK, which represents the company’s interests on this side of the Atlantic, back in December 2019.

The franchise was founded in Canada and it is only in recent years that the brand has arrived in the UK. Named after the Canadian hockey legend, it is renowned worldwide for its coffee, freshly baked goods – including an extensive range of home-made donuts – sandwiches, wraps and other such fayre.

According to the submission to Armagh City, Banbridge and Craigavon Borough Council, 10 new jobs could be created as a result of the development, which, according to Construction Information Services, would represent an investment in excess of £400,000.

The original plans were subsequently reconsidered and resubmitted with an “amended layout”.

The application relates to a single storey drive-thru cafe, which will include outdoor seating, a height limiter and an order point kiosk. There will also be landscaping, access works and parking provision, as well as lighting and ancillary site works.

Council officials will present the results of their deliberations to the local authority’s planning committee when it holds its monthly meeting for April next week.

And the opinion they will be making is that the drive-thru cafe – which measures in the region of 2,400 sq feet – should now be allowed to proceed. The recommendation comes despite numerous letters and petitions objecting to the proposals when first lodged.

One of these contained 1,360 signatures and was collated by Peter Pan’s Neverland children’s play centre, which is based at the Meadows Retail Park.

Among the reasons given for objecting by signatories, “child safety” was quoted as being to the fore.

The petition read: “We are concerned that the loss of car parking spaces will create a serious traffic problem in the area.

“We are concerned that we may need to park further from the site when visiting Peter Pan’s Neverland with our young children.

“We feel that that could result in a serious road traffic collision involving a child due to having to cross major roads.

“Further, we are concerned that the drive-thru is planned to be too close to the junction at Meadow Lane and that an overhang of vehicles will create further traffic back-ups on an already congested junction.”

The site – an existing car park (pictured below) – is bounded to the east by Meadow Lane and to the north by Sandy Row.

As Armagh I reported at the time, according to papers submitted with the proposals, hundreds of customers would be expected on a daily basis. Pre-application discussions had taken place with planners when, according to a supporting statement, the “principle of development was agreed”.

According to the statement: “The proposal seeks to confirm and add to the lively and attractive environment of the primary retail core by creating a choice of food outlets for customers.

“As Tim Horton’s are a successful global chain and are a recent addition to Northern Ireland, the drive-thru coffee shop will attract and encourage visitors to the area.”

It says it will offer a service “similar in nature to the adjacent McDonalds” and will “complement the established retail uses within Meadows Retail Park to the south and Meadows Shopping Centre to the east of the site”.

Since representations were received from the Department of Infrastructure Roads Service in relation to the proposed layout and in response to concerns and objections raised, a number of amendments have been made and agreed.

The number of car parking spaces has now been subject to a “modest reduction” from the originally intended 60 to 42.

The drive-thru length has been increased to provide a 16 car queue lane which, the applicant says, exceeds the 15 car requirement within Parking Standards.

A letter from MRA Transport Planning Partnership, on behalf of the applicant, indicates that the issue of access has been “resolved by repositioning the access to the rear of the site”.

In relation to traffic signals, the letter indicates that concerns had not been raised during pre-application discussions.

“The site currently accommodates 60 vehicles. Whilst there could be a perception that this is commuter parking only – i.e. a low turnover – the objections from Peter Pan confirm this car park is in regular use for short term parking.

“Furthermore, it is noted that a previous approval on the site granted 495 sq m of retail and 44 apartments on the site. The retail level alone exceeds double the GFA (gross floor area) of the current application.

“The previous approval had access solely via the right of way, therefore all movements went through the traffic signals.

Council officials, having considered the amendments and listened to the arguments and reasonings on both sides, are of an opinion to grant approval come Wednesday’s meeting.

That, of course, will be down to councillors to decide and whether or not they endorse that recommendation.