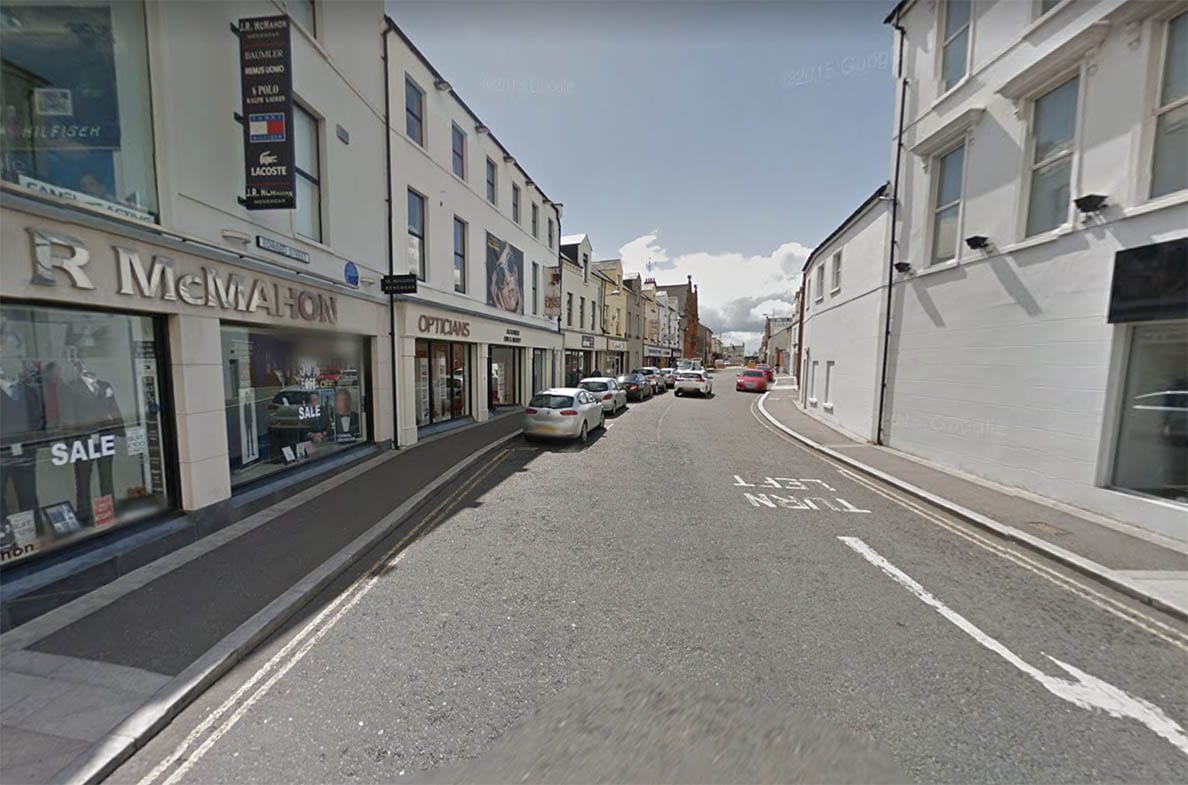 A man who called officers “black b*******” and spat in a police vehicle has been sentenced to three months in prison.

Court heard the 20-year-old was in custody after he had an eight month license period revoked.

Cailin O’Neill, of no fixed abode, pleaded guilty to disorderly behaviour and criminal damage at Craigavon Magistrates’ Court on Friday, via videolink from Hydebank.

It was heard that on August 23, at around 10pm, police were called to a hostel on Edward Street in Portadown to reports of a former resident causing a nuisance after being informed he could no longer reside there.

Officer arrived and observed the defendant in a nearby car park.

As they approached, O’Neill began calling police “black b*******” , and this continued despite the defendant being warned on several occasions.

He was subsequently arrested for disorderly behaviour, but whilst en-route to custody O’Neill became aggressive and spat inside the police vehicle.

Defence barrister John McCann stated: “This man has had his eight month license period recently revoked, he is in custody and is not getting out anytime soon.

“He concedes that his behaviour on this occasion was totally unacceptable.”

District Judge Bernie Kelly said: “Given the nature of the offences and given that have recently have your license revoked you will not be deemed suitable for a community order anytime soon.”

O’Neill was sentenced to three months in prison.