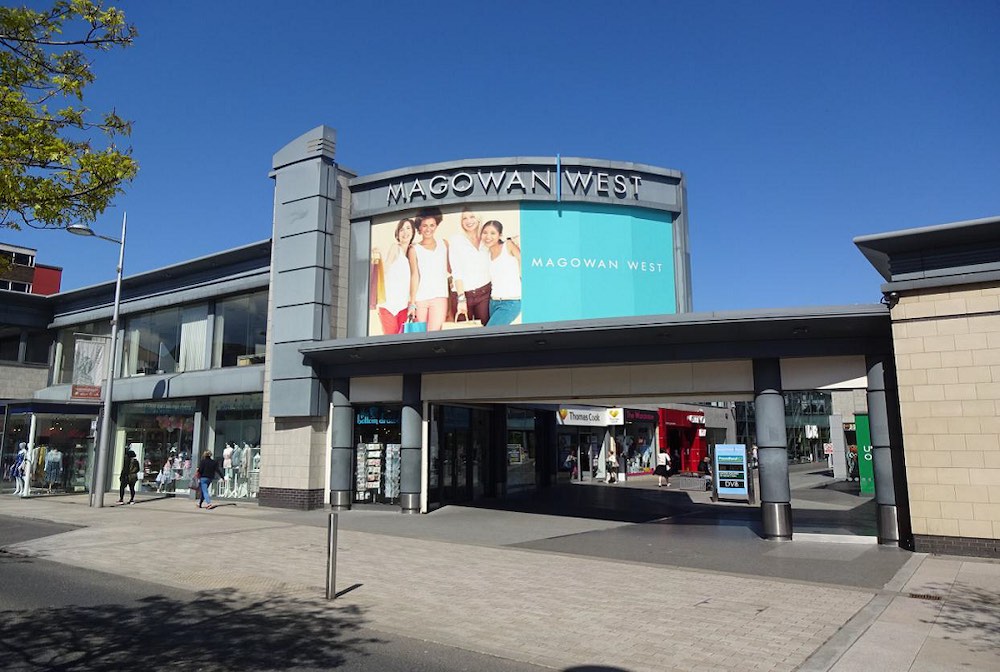 The new Post Office branch is located on 23 West Street, which is a key part of Magowan West but also allows easy access for users to and from the town centre and car parks.

Matthew Walker, Portadown’s new Postmaster, said he was delighted to secure a new location for his four-strong team.

“We look forward to welcoming everyone back.”

The agents behind Magowan West, Savills, welcomed The Post Office team to West Street and said it hoped to announce further new lettings in the months ahead.

“Though the challenges faced by the retail sector are well-known, Portadown remains a strong, strategically-important location for retail, business and hospitality and we’re pleased that the footfall and vibrancy long associated with the town continues to develop to meet consumer changing demands and needs,” Savills’ Retail Director Paul Wilson said.

“We’re obviously most pleased that The Post Office have chosen Magowan West as part of their future serving the people of Portadown and we look forward to making further lettings announcements with a number of interested parties very soon.”

In addition Hays Travel has recently re-branded the former Thomas Cook branch, following its business acquisition from liquidators and as part of this process made a new lease commitment and investment in Magowan West, which is a positive testament to its staff,  the centre and the town.

Magowan West is located in the heart of Portadown, adjacent to the town’s main car park and in close proximity to the train and bus station. Big name retailers include B&M Bargains, DV8, Poundland, Boots and Card Factory.