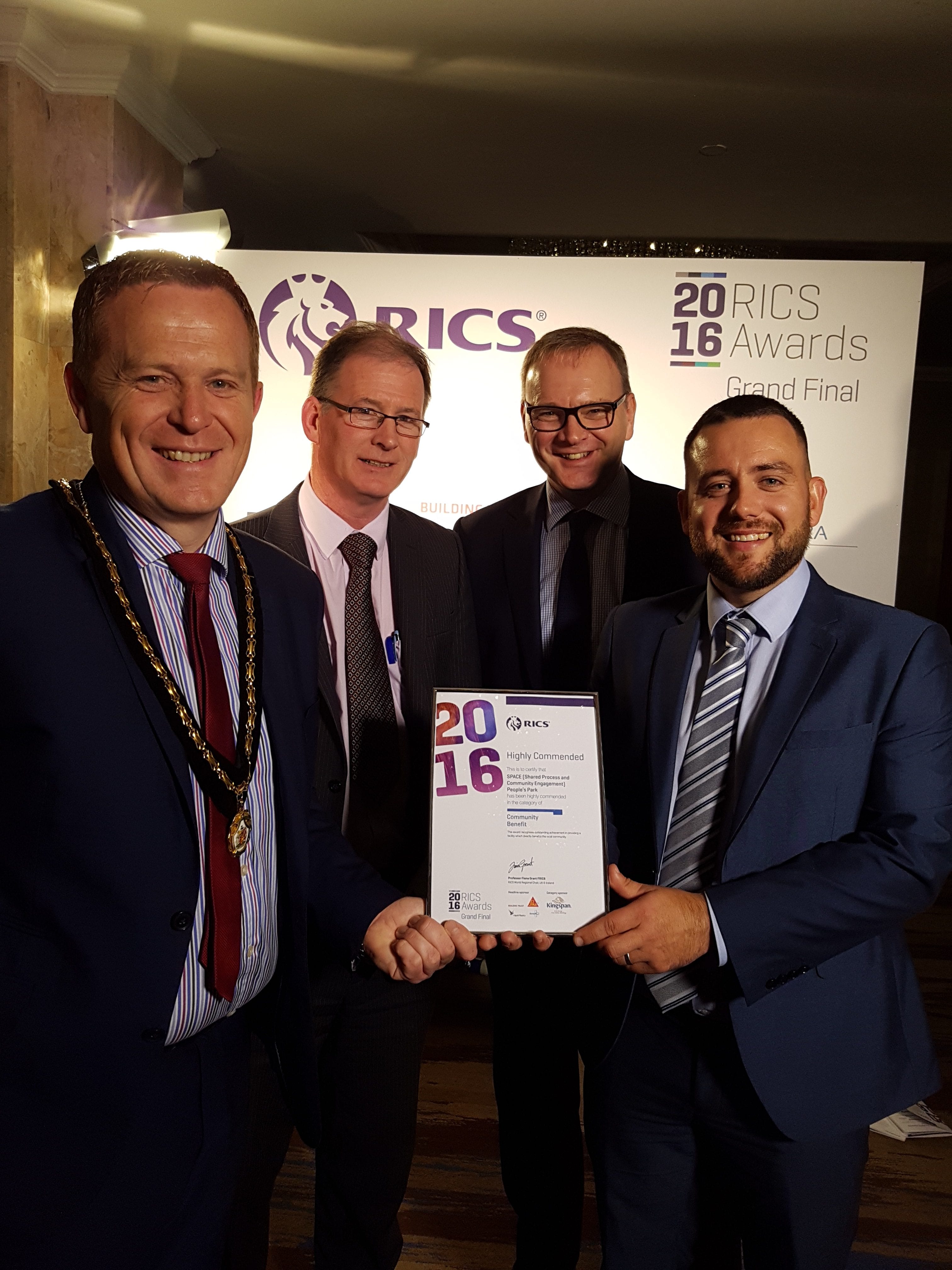 Portadown People’s Park has been recognised at the Royal Institute of Chartered Surveyors (RICS) gala awards evening in London with a highly commended award.

The park was shortlisted in two categories – the Community Benefit and Regeneration categories – at the regional awards back in May, where it won both awards, automatically moving them to the grand final held in The Hilton on Park Road. It was here that the park won the highly commended award in the Community Benefit category, coming second only to Alder Hey Children’s Hospital.

The regeneration of Portadown People’s Park – which took seven years of consultation, planning and community engagement – cost £5.4m to complete and all of this money was secured from the European Union’s PEACE III Programme.

This is just one part of a much wider regeneration project in Portadown which is well underway, including the revival of the Tunnel area, public realm works, upgrades to the Old Town Quay and recent refurbishment of the Pump House, which is almost ready to house a new café where patrons will be able to sit and watch the boats go along the Bann.

“This was an absolutely fantastic achievement for Portadown People’s Park,” commented the Deputy Lord Mayor of Armagh City, Banbridge and Craigavon Councillor Paul Greenfield who attended the awards.

“This park has come such a long way thanks to the recent regeneration that transformed it into a stunning space for the community to use and enjoy.

“Years of hard work, planning and consultation has ensured that the people of Portadown could come and enjoy this superb facility – and the park usage has exceeded all of our expectations.

“It is wonderful to see all of this hard work recognised by the highly prestigious RICs awards, and to come away with a highly commended accolade is great praise indeed.”

The park has also been totally replanted and there is even a brand new amphitheatre as well as a new car park catering for 62 cars.

Waste food collection must be extended to all borough homes – but which bin is best?

Work due to start within months on new £4.7m Killeavy Castle boutique hotel