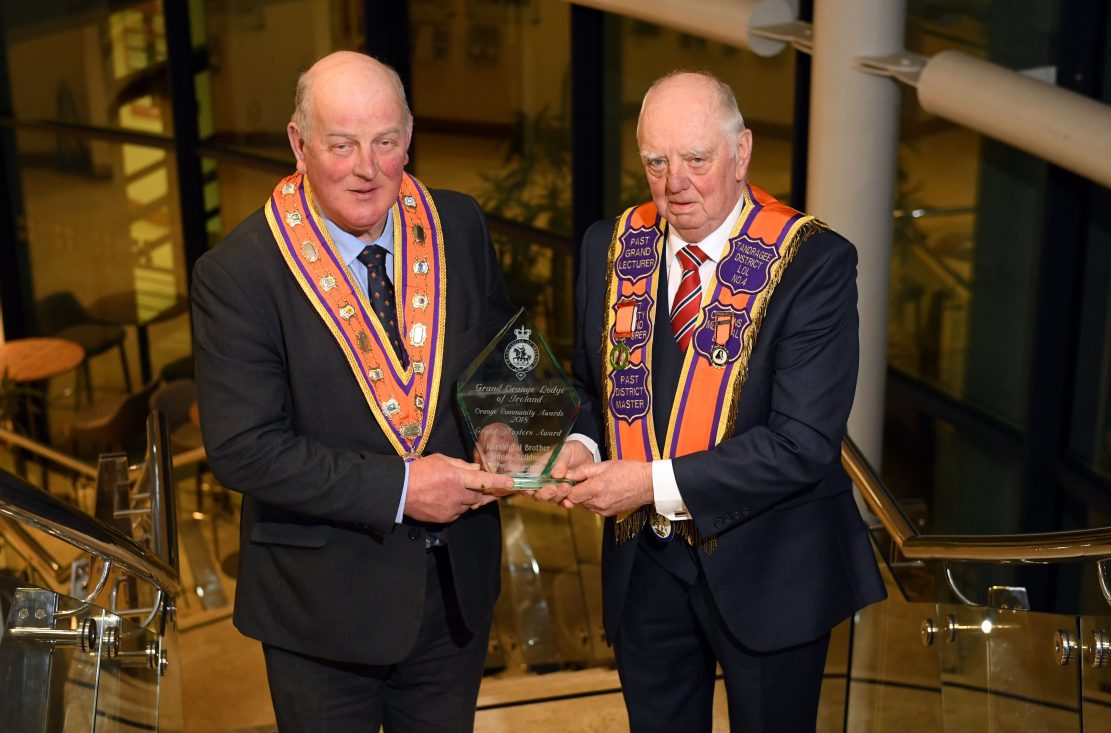 A former prison officer, who played a key role in initiating new members of the Orange Institution, has been publicly recognised by the loyal order.

Sidney McIldoon was the recipient of a special lifetime achievement award at this year’s Orange Community Awards, held in Lisburn on Saturday evening.

The Co Armagh Orangeman was just one of the many individuals, as well as lodges and musicians, to be formally acknowledged by the loyal order for their community work and achievements over the past 12 months at the annual showpiece event.

Mr McIIdoon, from Portadown, served as Grand Lecturer of the Grand Orange Lodge for 16 years, stepping down from the role in 2016.

Congratulating Mr Mclldoon, Grand Master Edward Stevenson, said: “Sidney personifies the many qualities of an Orangeman; being loyal, committed, courteous and honest. By setting such a fine example, both inside and outside the lodge room, he has been a role model to his peers, held in the highest esteem across the Institution. 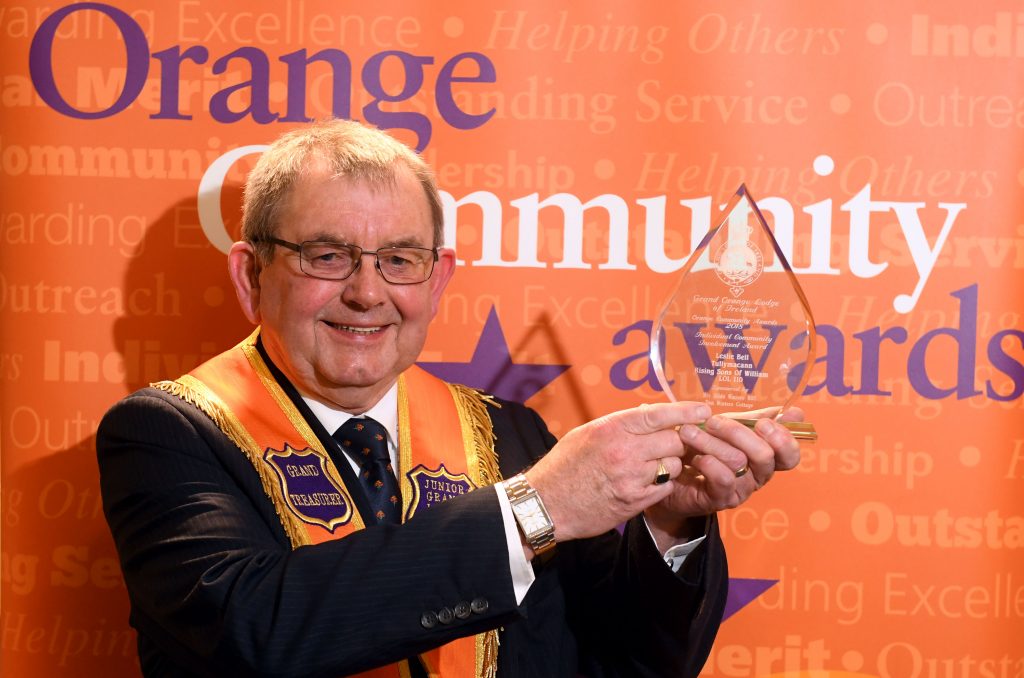 “In his lecturing duties, Sidney was often the first person new members would engage with whilst learning more about the ethos of the organisation. He played an active role in training Orange lecturers and was committed to passing on the traditions of the Institution to future generations. We will be forever grateful to Sidney for his expertise and wisdom in this regard.”

Mr Stevenson added: “As an Institution, along with the wider community, we are also appreciative of Sidney’s long service as a prison officer, in particular during the darkest days of Northern Ireland’s Troubles. Such professionalism and personal commitment to the security forces is to be commended, and typical of Sidney’s character, exemplified throughout his working life as a faithful servant of the Crown. He is a fully deserving recipient of this award.”

Other winners at ‘The Grands’ included Banbridge lodge, No Surrender LOL 20, who claimed the lodge community involvement award. Last year, members raised £21,000 for charity after participating in a 130km walk of remembrance on the Western Front.

Seventeen participants symbolically made the journey from the Thiepval Memorial in France to the Menin Gate in Belgium in four days, marking the sacrifice of those who served during the Great War.

One of the oldest Orange lodges in Ireland received the highly competitive best new banner award. Inch LOL 430, formed in 1797, won the prize for its detailed banner showcasing the lodge’s distinguished history, including the depiction of an Orange flag with the portrait of a former member, Major Robert Perceval Maxwell. The lodge’s proud military heritage is also reflected on the banner with imagery relating to the Battle of the Somme. 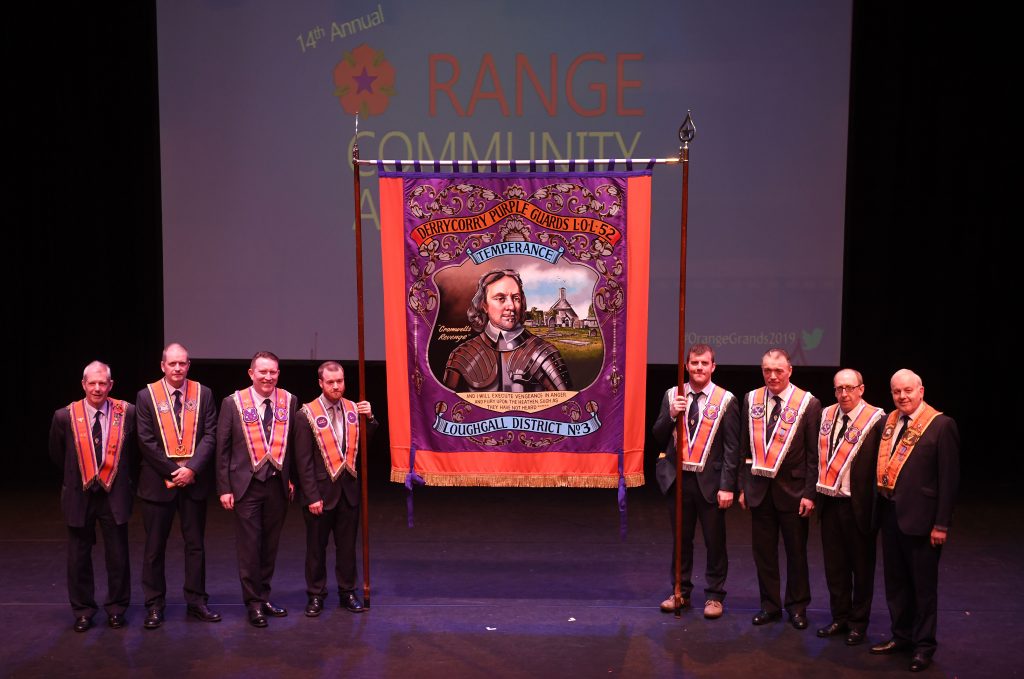 May Dickson was the recipient of the Orangewoman of the year award in recognition of her work in the local community.

The sporting achievement award went to Samuel Morris, from Kilkeel, for his achievements on the hockey field.

Meanwhile, Hollymount Pipe Band, struck the right note with the judges by winning the band of the year award.

Mr Stevenson paid tribute to the winners and nominees in all of the respective categories.

He said: “I would like to personally congratulate each and every one of them for being standard bearers for the Institution, as well as in their own communities.”

Pictures inset, from top: Leslie Bell, from Tandragee, winner of the individual community involvement award in recognition of his voluntary work with a number of local organisations