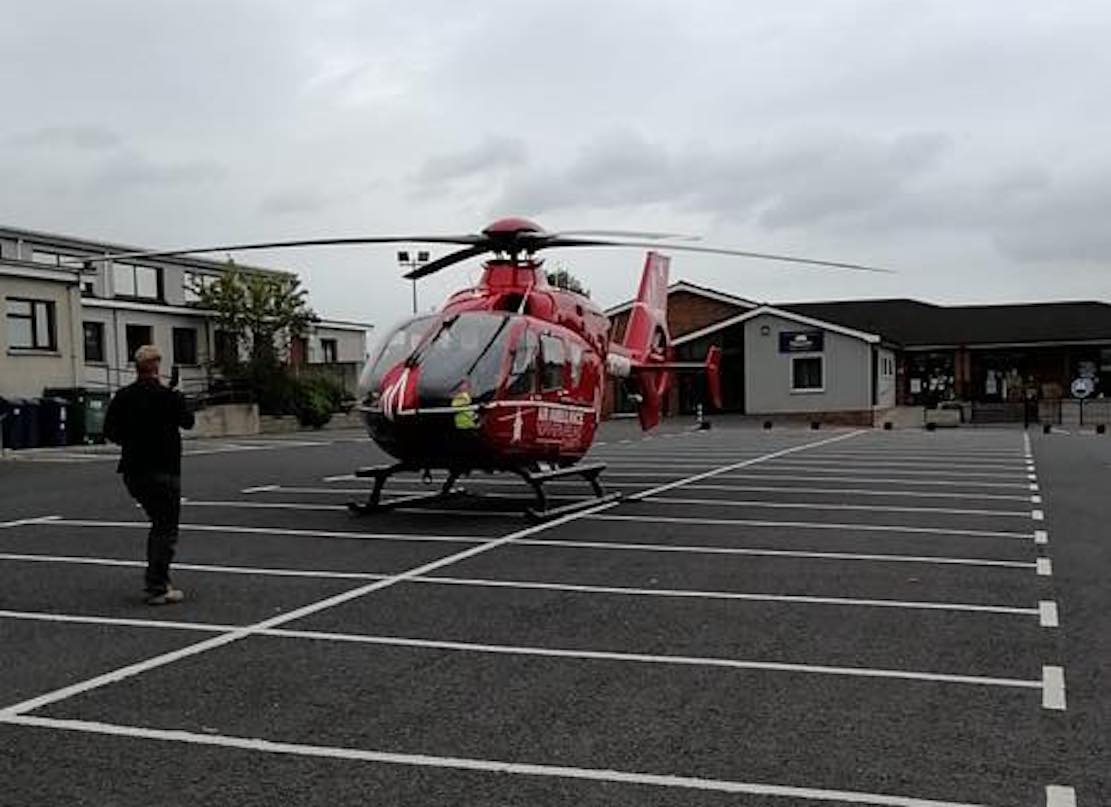 The Air Ambulance and a specialist Hazardous Area Response Team (HART) were called in after a man passes away within the vicinity of a church in Portadown this afternoon (Wednesday).

The man was understood to be in his eighties. A woman – also in her eighties – was rushed to hospital following the incident.

Along with the specialist team, which deals with a variety of chemical and gas incidents, two rapid response paramedics and two other emergency vehicles were dispatched.

A spokesman for the Ambulance Service said it received a call at 16:53 about an unconscious man.

The PSNI says it is investigating the circumstances surrounding “the sudden death” of a man in his eighties at a house in Portadown this afternoon.

“A post mortem will be carried out in due course,” police said. “A woman also believed to be in her eighties has been taken to hospital for treatment.”

DUP councillor Margaret Tinsley said the incident took place in the vicinity of a church.

“Sad news coming from Levaghery Gardens, in the vicinity of the Church,” she said.

“The emergency services are dealing with an incident which has resulted in the death of one elderly individual and another being admitted to hospital. My thoughts and prayers are with this family, just devastating for them.”

“Emergency services are dealing with an incident which has resulted in one death and another being admitted to hospital.

“My thoughts are with the family and friends at this time difficult time.”