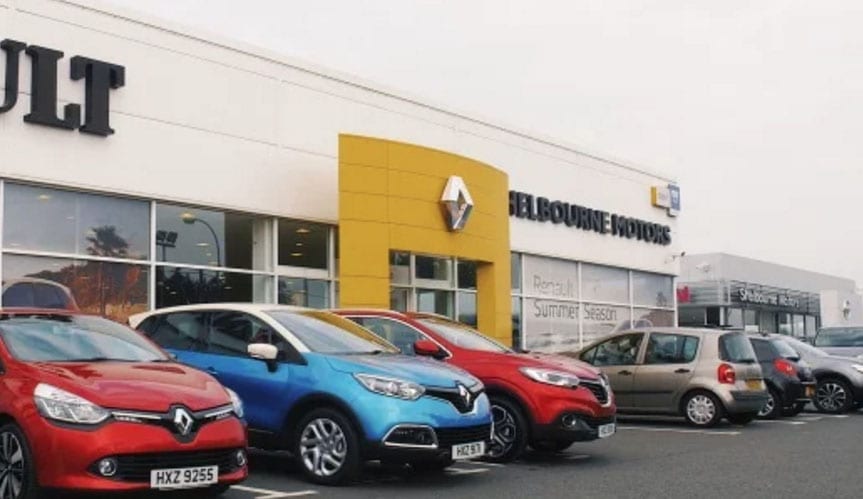 A County Armagh car dealership is hoping to build a major new showroom on the outskirts of Newry.

Shelbourne Motors – which is based on the Tandragee on Portadown – has set its sight on a new venture on the Armagh Road.

A planning application for the project, which would represent a major investment by the family-owned business, has been submitted to Newry, Mourne and Down District Council for consideration.

Shelbourne Motors – which earlier this year was named the best Renault dealer in the UK – has applied for outline planning permission.

The location – an expanse of vacant land opposite the Cuan Mhuire Trust site on the Armagh Road – has been zoned for this type of development.

The company hopes to establish a new multi-franchise car showroom together with three adjoining showrooms.

Within the grounds there would be provision for displaying vehicles and customer parking.

If given the go-ahead, it is a development which would bring 15 new jobs to the area.

Shelbourne Motors was established in 1973 and has expanded in that time to become one of the Province’s foremost motor dealerships.

Specialising in both new and used cars, it brought the top UK Renault dealer award to Northern Ireland for the first time ever in January.

It marked an exciting start to the year for Shelbourne but more lies ahead.

Fleet 4U – which is part of the Shelbourne Motor Group – also announced last month it is to invest £150,000 into the company this year, creating new jobs and expanding its Portadown premises.

Fleet 4U has just taken on two new staff while it has plans to create more jobs later this year.

The business offers vehicle contract hire and leasing to hundreds of public and private sector customers across the Province.

Director of Fleet 4U Paul Ward, making the announcement last month, said: “2015 went from strength to strength and the time was perfect for us to invest heavily in continuing to grow the company and its presence through Northern Ireland, as well as in the rest of the UK and Ireland.

“We have pledged to invest over £150,000 initially which will be pumped into taking on new staff, training of existing staff, systems, premises and marketing, including a new website which will make it much easier for customers to see our wide offering.”

The Fleet 4U investment will see a revamp of the current premises on the Tandragee Road in Portadown, with new offices in place by April, and the launch of a new brand to mark the transition.