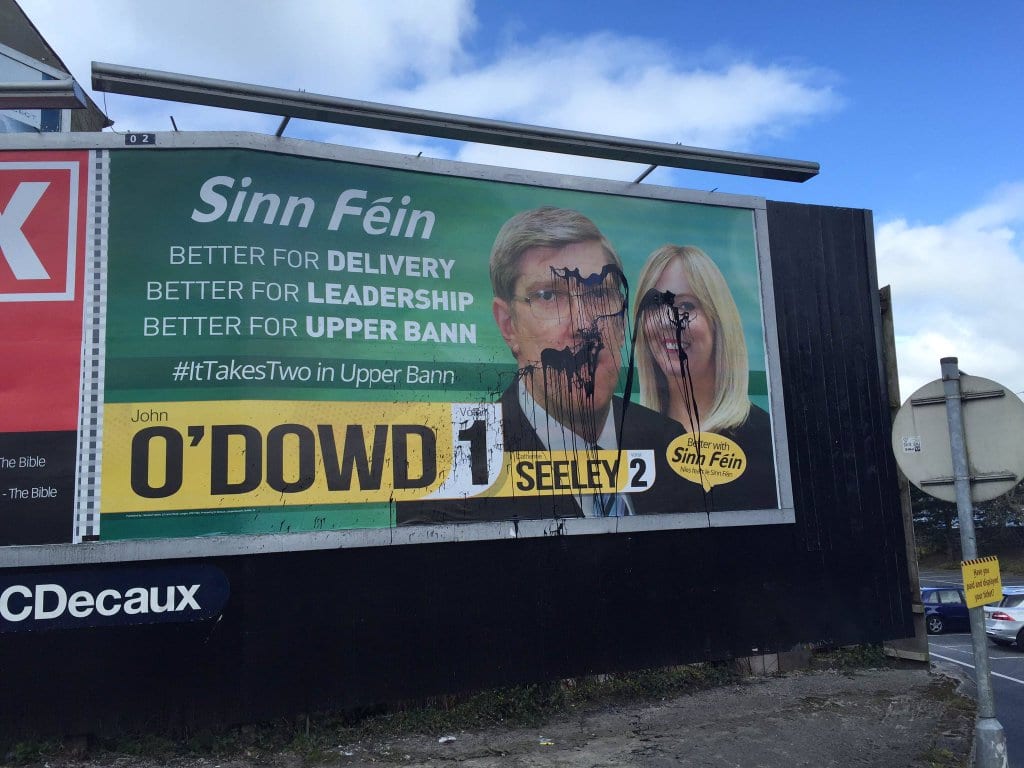 Elections are never all plain sailing and there’s no doubt they can get dirty.

But the Sinn Fein team in Upper Bann have hit out at those responsible for the latest attack on their campaign.

Councillor Seeley was forced to quit her job as a teacher at a north Belfast school two years ago after being on the receiving end of online sectarian abuse.

She was elected to Armagh City, Banbridge and Craigavon Borough Council and has now set her sights on a seat in the Northern Ireland Assembly after next month’s election.

Today she has taken to Twitter to highlight the latest attacks on the party’s election campagin after billboard ads were paintbombed.

Councillor Seeley says that Sinn Fein posters have previously been burned while others have been removed and paintbombing has been the latest attack which has surfaced in Portadown.

She says she will not be deterred.

Using the hashtag #PaintBombersRTimeWasters, she tweeted: “Actions that will merely strengthen our resolve.”