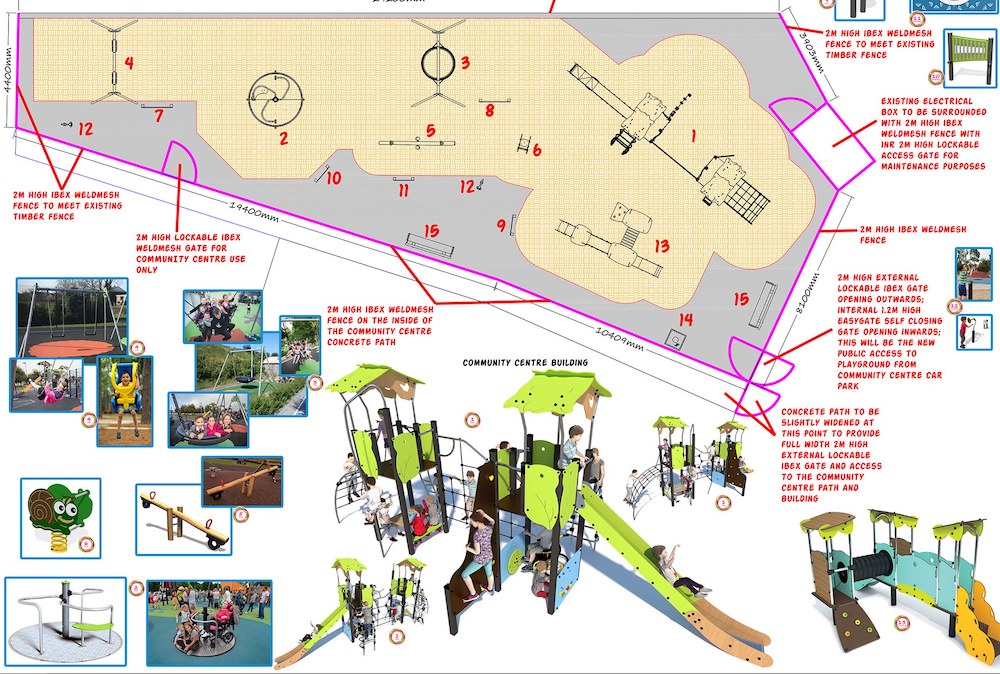 A new play area has been approved for Scotch Street, just outside Portadown.

The proposal, lodged by Armagh City, Banbridge and Craigavon Borough Council, was brought to its July planning committee meeting.

It seeks permission to erect a play area with play equipment and a two-metre high paladin mesh perimeter fence at lands to the rear of 106c Moy Road.

At present, the site comprises a grassed area with a number of pieces of playground equipment but the plans will see this area upgraded.

The overall play area measures 281sqm and will be set on a resin bound rubber mulch surfacing. In total, there are 13 pieces of playground equipment to be installed.

A litter bin and two ecoplastic seating benches with back and arm rests are also included in the proposals.

Council officers are content the proposal complies with all relevant planning policy and recommended the committee approve it.

Councillor Sam Nicholson asked how many pieces of the playground equipment are accessible for wheelchair users. An officer told the meeting she did not know the exact number but a “number of pieces of play equipment have been identified for accessibility”. An officer confirmed the site is accessible from the residential area immediately adjacent to the playground and told the chamber the park will be secured by the fencing and gates.

“There is a filling station further along to the north of the site and there is adjacent car parking beside it but there is accessibility to the playground from the residential area without having to go across those vehicular areas,” said the officer.

“I would imagine council selected the site because of the existing play area and to upgrade the equipment as the equipment currently in place is not as accessible and it does look fairly dated.”

Councillor Sam Nicholson proposed the recommendation to approve the application and this was seconded by Councillor Peter Lavery and the committee voiced its approval. He said: “I am delighted that an upgrade for the play park in Scotch Street is one step closer following planning approval at council earlier this month. Hopefully, construction on the new playpark will be completed by the end of the year.

“This marks a significant investment for the area and the new inclusive play equipment in particular is welcome. This will be an important amenity for a growing village with lots of young families.”