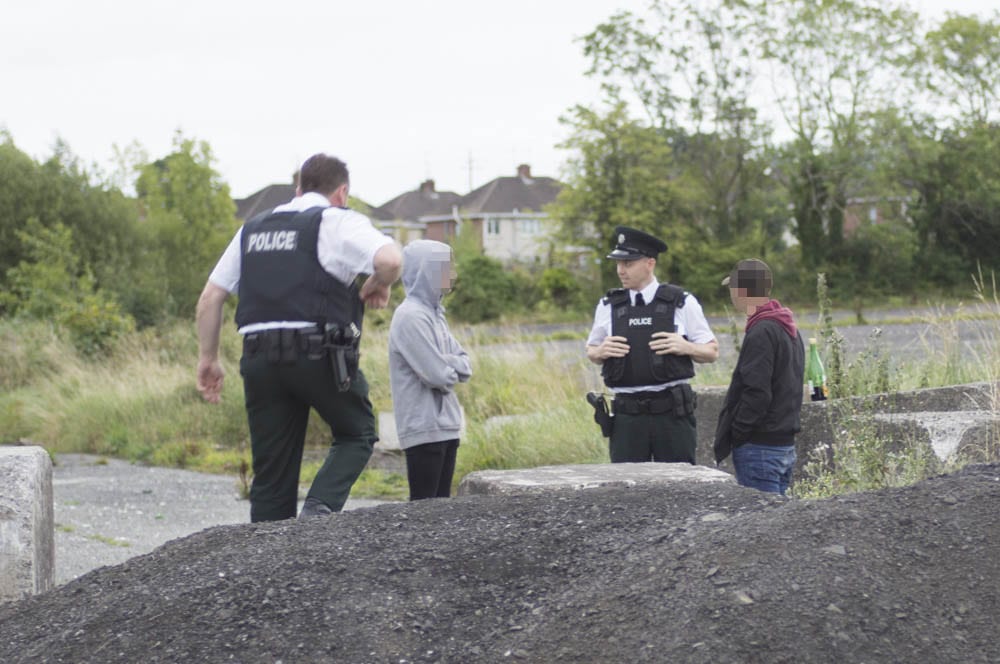 Fresh calls have been made for an end to anti-social behaviour in parts of Portadown.

He was speaking after incidents at the weekend in the Garvaghy and Ballyoran Park areas of the town.

Bricks and bottles were thrown at police.

And the window a police vehicle was shattered, taking it out of circulation.

Police said they had moved in after complaints that elderly residents were living in distress and alarm.

Around 30 youths had gathered in the area, drinking and smashing bottles, when police went to the scene and trouble flared.

Now the Sinn Fein Deputy Lord Mayor has added his voice to their calls for an end to such anti-social behaviour.

He described their actions as “absolutely disgraceful”.

Said councillor Duffy: “A crowd of around 30 consuming drugs and alcohol were in Ballyoran Park when the local PSNI arrived and tried to move them along.

“The PSNI came under a barrage of abuse from elements within the crowd some throwing stones and bottles.

“During the arrests of two individuals a police car had its rear window broken.

“Sadly this was not a one-off. Residents in the area are being intimidated day and night by drink and drug infused mobs.

“Many local residents are afraid to walk around their own area due to the abusive language they face. In some cases residents have had objects thrown at them. This is unacceptable and cannot continue.

“I have asked for a meeting with both the PSNI and NIHE to try and find a way forward.

“In the meantime I would encourage residents to continue reporting.”