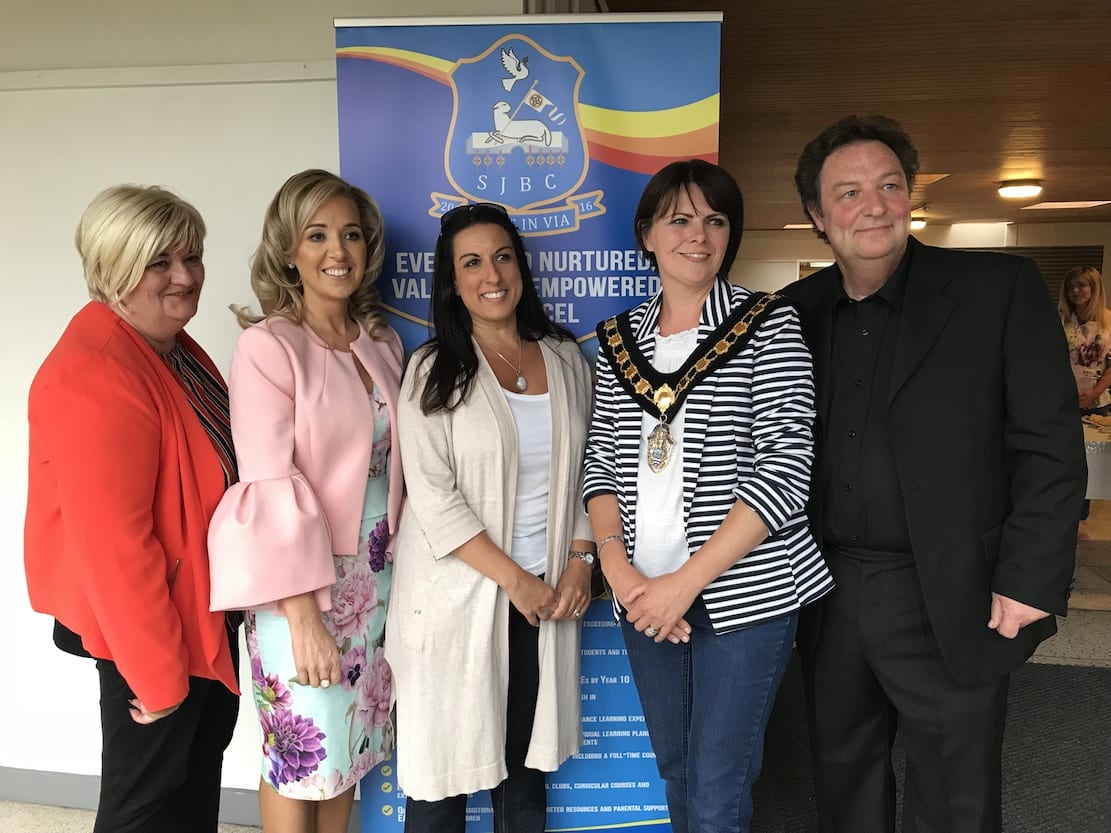 A Co Armagh woman has been shortlisted as a finalist in the prestigious Great British High Street Awards.

Geraldine Lawless (pictured far left), from Portadown, has been named in the High Street Hero category for all that she does for the local community.

She told Armagh I her “hat is in nearly every pile there is in Portadown”.

Geraldine has engaged in voluntary work, is a member of the Chamber of Commerce, has worked in various youth clubs, is a director in the Credit Union and has engaged in work with neighbourhood in partnership and Armagh City, Banbridge and Craigavon Borough Council.

The former civil servant worked as a disability support officer in the area and helped people get back into employment.

She took up a post with Portadown 2000 in May as company manager, where she has worked tirelessly on regenerating derelict land and two listed buildings just off Portadown High Street.

She is also leading on initiatives including a local farmers market, themed street markets and a car boot sale.

The Portadown woman also manages the local market which takes place on Fridays and Saturdays.

She said she has tried to make the market a “one-stop shop” for locals.

Geraldine has also allowed the market to be opened during the week for charities to host several community days.

She plans on hosting an event to celebrate the 100-year war with memorabilia being on show and “hopes that members of both sides of the community will come”.

The success of the market has amazed all and Geraldine says that one trader travels from Omagh because she likes the “family atmosphere” there!

Given her background, in helping people with disabilities, Geraldine has said she wants to make the market and the high street an “open space which is accessible to all”.

Working with Portadown 2000 she also wishes to host art days for children with special needs which they can attend with their family.

Geraldine is in the running alongside 11 other contenders for the award right across the UK. The winners will be announced at an awards ceremony in London in November.