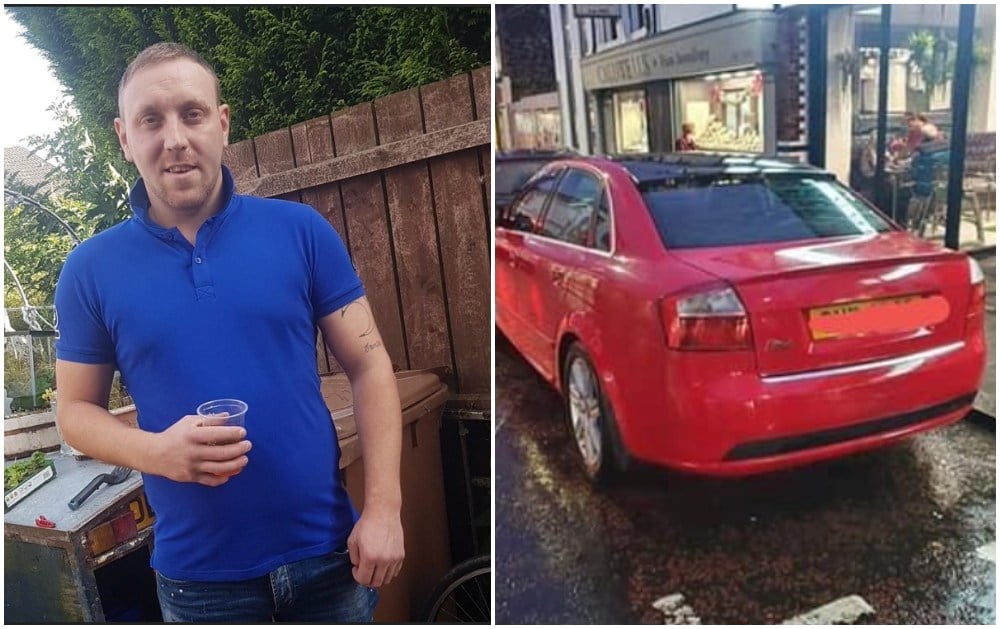 A County Armagh predator who confessed to kidnapping a lone female out for a walk was handed a nine-year sentence today (Thursday).

The Court heard that Jeffrey Kelly had been assessed by the probation service as a dangerous offender in that he “poses a significant risk of causing serious harm in the commission of further offences.”

Kelly, 32, from Brookhill in Lurgan, appeared before Craigavon Crown Court today (July 7), via videolink from Maghaberry, for sentencing on the charges of kidnapping and robbery.

Before commencing her sentencing remarks, Her Honour Judge Roseanne McCormick asked if any party wished to add any comments, to which both the prosecution and the defence declined.

On June 18 of last year, the defendant was arraigned and pleaded not guilty to the charges but just days before he was due to go on trial last November, Kelly entered guilty pleas to kidnap and robbery of his victims mobile phone on May 10 2020 while a further charge of false imprisonment was “left on the books” by the PPS.

The Court heard that the victim had been listening to music while out for a walk alone in Portadown that Sunday morning, when Kelly “appeared from a hedge on the left hand side of the alleyway, grabbed her by the neck and dragged her to Kensington Gardens.”

“She could see a car had been reversed up to the kerb with its boot open and she was very frightened.

“She told him to take whatever he wanted but he didn’t speak, he just grunted with the effort of the struggle.”

She was forced into the boot of the car “kicking and screaming” and managed to force her way out twice. After the second time, Kelly shoved her away and said “run”.

“She was in hysterics by the time she got home such that it took some time for her mother and father to ascertain from her what had happened.”

It was also heard she she was sore around her “neck and shoulders, the top of her legs and her left middle finger.” Her right knee and the outside of her right thigh also sustained bruising, along with marks to the left of her mouth and her throat.

She had made a victim impact statement after the fact, which was characterised by “resilience and determination.”

In response Judge McCormick said: “I pay tribute to her not only for her courage on the day, but for her self discipline and courage and how she has managed to move past this terrible experience.”

There was evidence of Kelly stalking other women that morning, alleging that he drove past a lone woman walking her dog five times and she was concerned enough to take down his car registration.

Kelly was arrested but claimed he “didn’t have her in my f****** car” and even though he was picked out of a police identity line up, labelled the allegations as “a load of b*******.”

In the victim impact statement, the injured party said: “It was a relief that I was still alive” and wrote about an “overwhelming sense of fear” and that in the aftermath of the attack, she suffered nightmares, flashbacks and hyper vigilance.

“She says the incident as of last May is always at the back of her mind and some routes she no longer walks because she wouldn’t enjoy them.”

She also said that before the incident, she had “no fear.”

The court heard that a short time before the incident, Kelly had conducted an internet search for “escorts” and in a previous hearing, prosecuting counsel Ian Tannahill had highlighted that “nowhere in the agreed basis of plea does it state that the prime motive was robbery.”

Defence QC Eugene Grant had previously stressed that with the loss of income, structure and support at the start of the pandemic, that Kelly had acted out of a “desperation for money”.

Judge McCormick today said that due to multiple online searches for escorts, “15 minutes before the incident”, she rejected “representation that there was no sexual aspects to this offence, and that his action was motivated by his desire to steal the victim’s phone and to sell it for drugs.

“Mr. Kelly did get the phone but only to dispose of it because he thought rightly that it would in fact, enable him to be traced to his whereabouts.

“In the sentencing of this defendant, the court has had the benefit of written and oral submissions from prosecuting and defence counsel who have been retained throughout in this matter.

“Not only did this defendant cause significant harm to the victim, but he also caused considerable disquiet and alarm in the community as society was really struggling under the pressure of the pandemic.

“I take account of the defendants explicit apology to the victim. I also acknowledge that there has been considerable hardship in this man’s personal history and in particular in his childhood and teenage years.”

However, “the defendant’s offending is highly culpable and has caused significant harm to this victim who has had to negotiate her way through psychological trauma.”

Judge McCormick concluded that her sentencing required adequate protection for the public. To this end, she imposed an extended custodial sentence, totalling nine years in custody with a license extension period of four years.

The prosecution had applied for a Violent Offences Prevention Order, but this was not granted by the judge.