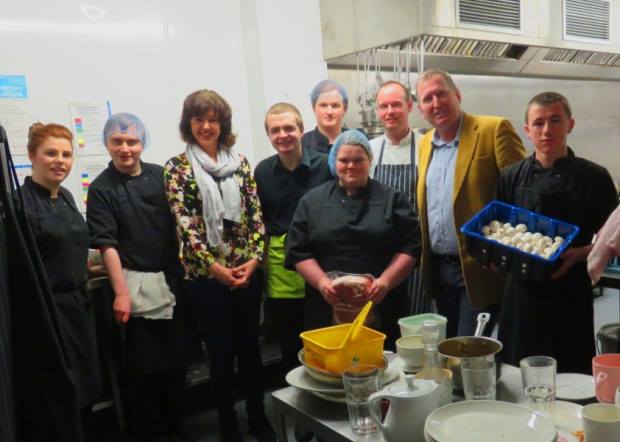 A County Armagh restaurant which trains young people with with learning disabilities in catering skills faces the fight of its life as it battles to save itself from closure.

The One Eighty in Portadown needs a dramatic U-turn to help keep its doors open – but it’s not giving up without a fight.

A public meeting has been held in Portadown Town Hall tonight in a bid to secure much needed funding.

And the organisers have been delighted with the response and pledged to follow up on all offers of support. Describing the turnout this evening as “fantastic”, the organisers have thanked all for their help to date and hope to gain much more backing and public support in the crucial days ahead.

The training programme, which offers level 1 hospitality qualifications, has seen its funding slashed in recent times.

And One Eighty is petitioning to secure direct Government funding to continue this vital community-based work.

However, time is running out. The Step-by-Step charity, which runs Mandeville Street project, says they have a deadline of April before drastic measures have to be taken.

The charity has been backed by UUP councillor Doug Beattie who has asked the Employment Minister to intervene.

“We are setting up a high-powered delegation to ask for a meeting with Stephen Farry,” said councillor Beattie. “We believe that the project should be financed outside the usual restrictive education criteria.

“This scheme concentrates on school leavers who would have nowhere else to go – especially the 19-plus age group from special education who are largely abandoned after school days.”