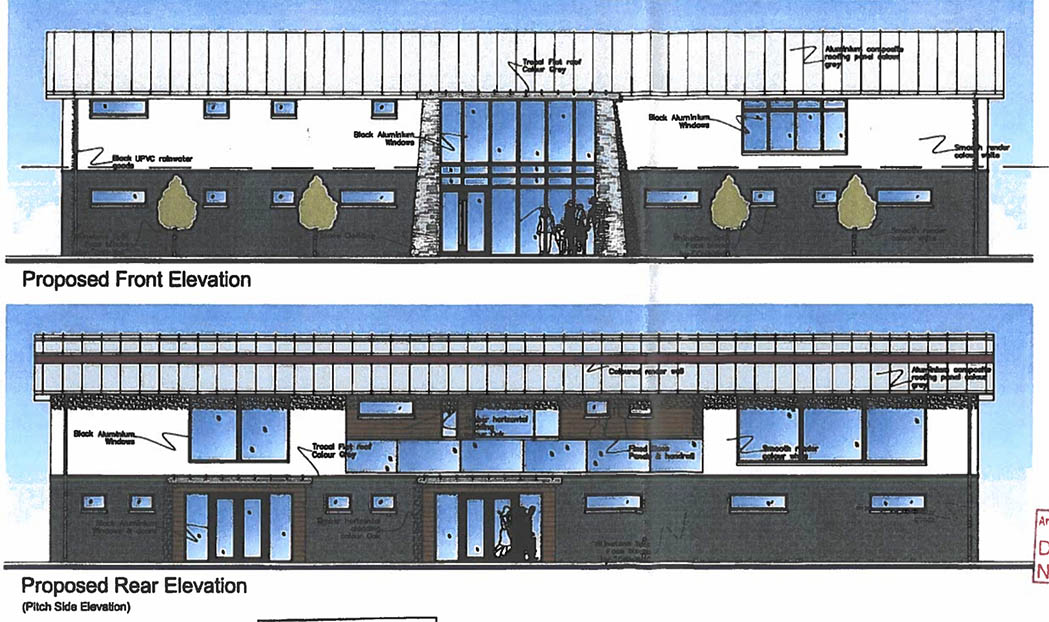 A Portadown football club is looking to a bright future with plans in the pipeline for a new clubhouse and playing pitch.

St Mary’s YCFC, which is based on the Moy Road, has submitted a planning application to Armagh City, Banbridge and Craigavon Borough Council for consideration.

The club hopes to construct a new clubhouse and changing building.

The clubhouse would be a two-storey development. The ground floor would have changing facilities for both home and away teams and match officials, as well as showers and toilet facilities.

Architects’ drawings indicate that most of the first floor will comprise a multi-purpose room. There would also be a studio room, club office, male, female and disabled toilets, and a small kitchen.

The first floor would also open out onto a balcony.

In addition, St Mary’s YCFC will put in place new viewing shelters, and carry out other siteworks at its ground.

Included are part of the application is a new 3G playing pitch with perimeter fencing.

The development would be built on land which, in the submission, is currently described as an existing playing field and car parking area.