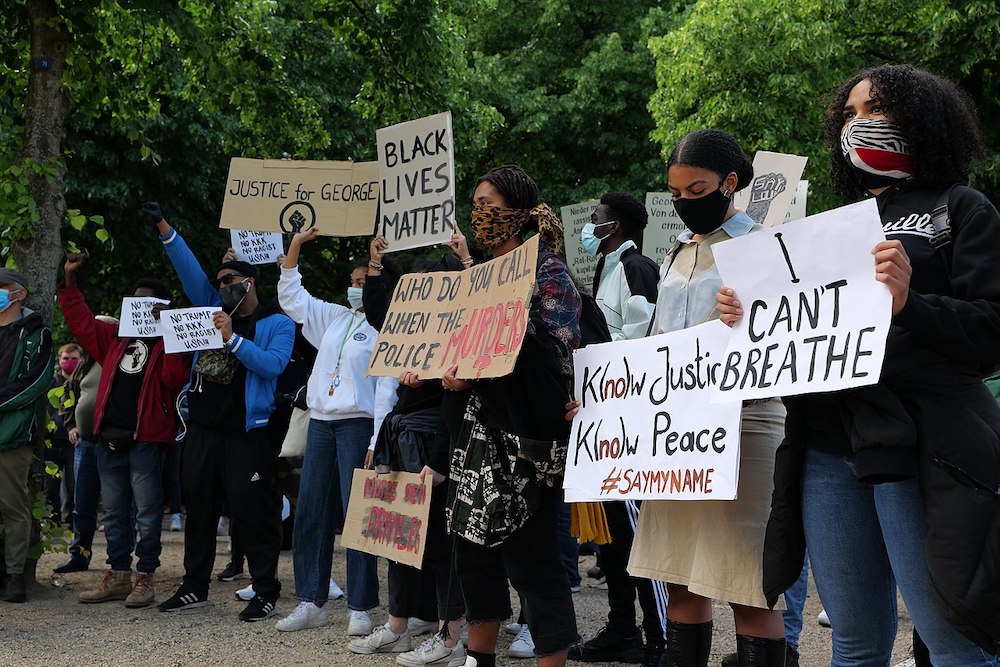 Planned Black Lives Matter protests in Newry and Portadown were axed after serious safety concerns were raised by police bosses.

On Wednesday evening, hundreds attended a rally at Belfast City Hall, sparked by the death of George Floyd in the US.

The gatherings broke social distancing rules and fears were raised over the safety of residents in Newry and Portadown.

Assistant Chief Constable Alan Todd said police had been engaging with the organisers of protest activity across Northern Ireland this weekend and had urged them to call off any planned events.

“I am pleased to say that organisers have now cancelled the protests in Newry, Portadown and Omagh,” he said.

“Such gatherings are a risk to public health and in breach of the current Health Regulations.

“I would appeal to anyone thinking about attending them not to – and instead find more responsible and innovative ways to make their voice heard.

“People need to act responsibly and be aware that protesting like this puts people’s lives at risk.

“In normal circumstances, we would work with organisers to facilitate peaceful protests – but these are not ordinary times.

“The protests are important and for a worthy cause and we understand the public’s frustration and anger.

“There is no allowance within the Regulations to travel in order to attend a protest and to do so is a breach of Regulation 5.

“Attending mass gatherings is a breach of Regulation 6. It is simply not possible to exercise social distancing effectively when people are gathered together in large numbers. Please consider other ways to protest – perhaps at home or in the virtual or digital space.

“We are engaging with, explaining to and encouraging organisers to cancel and potential protesters not to go to these events. However, if this advice – which comes from health professionals, elected representatives and the Chief Medical Officer as well as police – is ignored and people break the law, then there will be consequences.

“We will then have to move to the fourth E of enforcement – and that means issuing fines and carrying out follow up investigations if required to put people before the courts.

“This weekend, there will be a more visible police presence at the events themselves, as well as at bus and train stations and on the roads.

“We all have personal responsibility to do the right thing and protect others in society. Let’s not risk the unnecessary and untimely deaths of loved ones by breaching the Regulations. I am hopeful that people will listen to my appeal and that common sense will prevail.”