Podcast: World record breaker Jordan Leckey on the one person he aims to beat most! 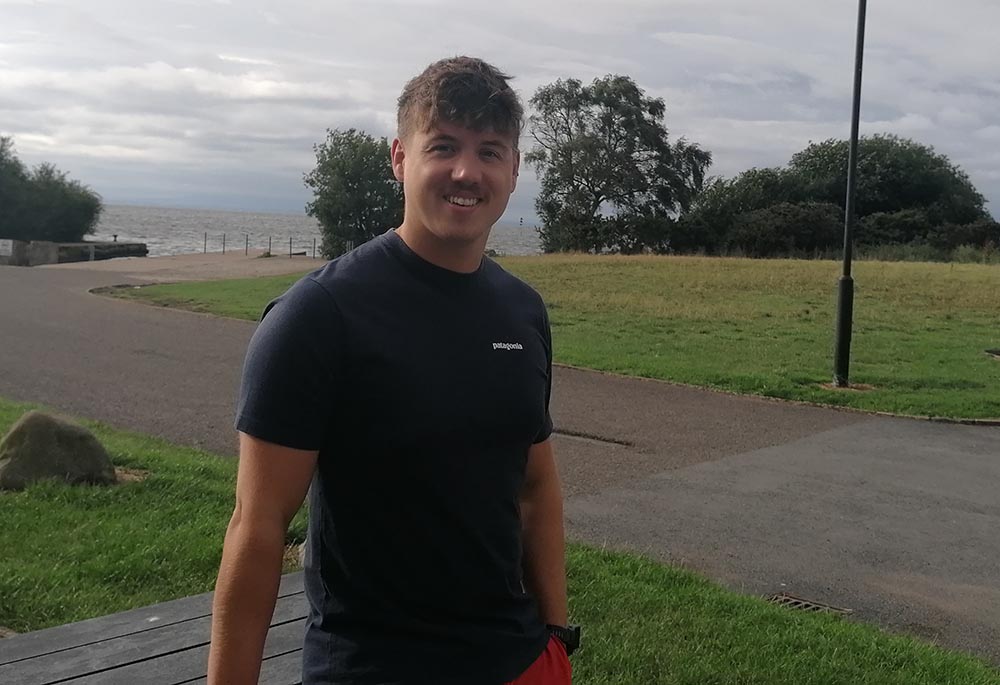 On Monday August 2, while most of were probably going about our usual daily business, Jordan Leckey was in the process of smashing a World Record as he swam from Donaghadee in the Ards peninsula to Portpatrick in Scotland.

The 29-year-old Portadown lifeguard smashed the previous world record by almost 25 minutes when he pulled himself up on a rock on the Scottish coast nine hours nine minutes and 30 seconds after he left Northern Ireland.

He didn’t know he had broken the record, thinking he’d been in the water for around 11 hours, but Jordan’s support team soon let him know and there were cheers all round.

Jordan says despite repetitively lifting one arm over the other for longer than most of us do a day’s work, he didn’t have the energy to raise one in triumph, but he did swim back over to the boat and climb in and after the difficult process of warming his freezing body, Jordan’s comrades fed him jam sandwiches and a can of Guinness in celebration.

Jordan is no stranger to being the best when it comes to swimming. Last year he won the men’s wetsuit category in the Global Swim Series. The event, which pits swimmers against others from all over the world, is won through an accumulation of points. Jordan did 20 swims and earned 2000 points – the highest ever – another record.

For this week’s Armagh I podcast, we caught up with Jordan, outside the Discovery Centre in Lough Neagh where he trains regularly with the Lough Neagh Monster Dunkers. He told us all about his epic swim, from exactly what it felt like the moment he dipped his toe into the water to face the long, gruelling journey ahead, to the perils he had to deal with in the freezing cold water, right to the finish line with the last kilometre feeling like the longest.

Jordan says he wanted nothing more than to give up in the first two hours, which he says were the hardest. He persevered however and once his body was numb to the cold and he tricked his mind into thinking about other things, all of his hard work, including building a swimming pool in his back garden to train in, got him to Scotland in record-breaking time.

Jordan’s support team, including his dad and some members of The Lough Neagh Monster Dunkers and the Infinity Channel Swimming group were immensely supportive. And with the achievement just starting to sink in and the adrenaline still running high they have convinced him to take his time before planning his next challenge – Jordan has plans however…