Planners outlined a number of reasons why the development was rejected 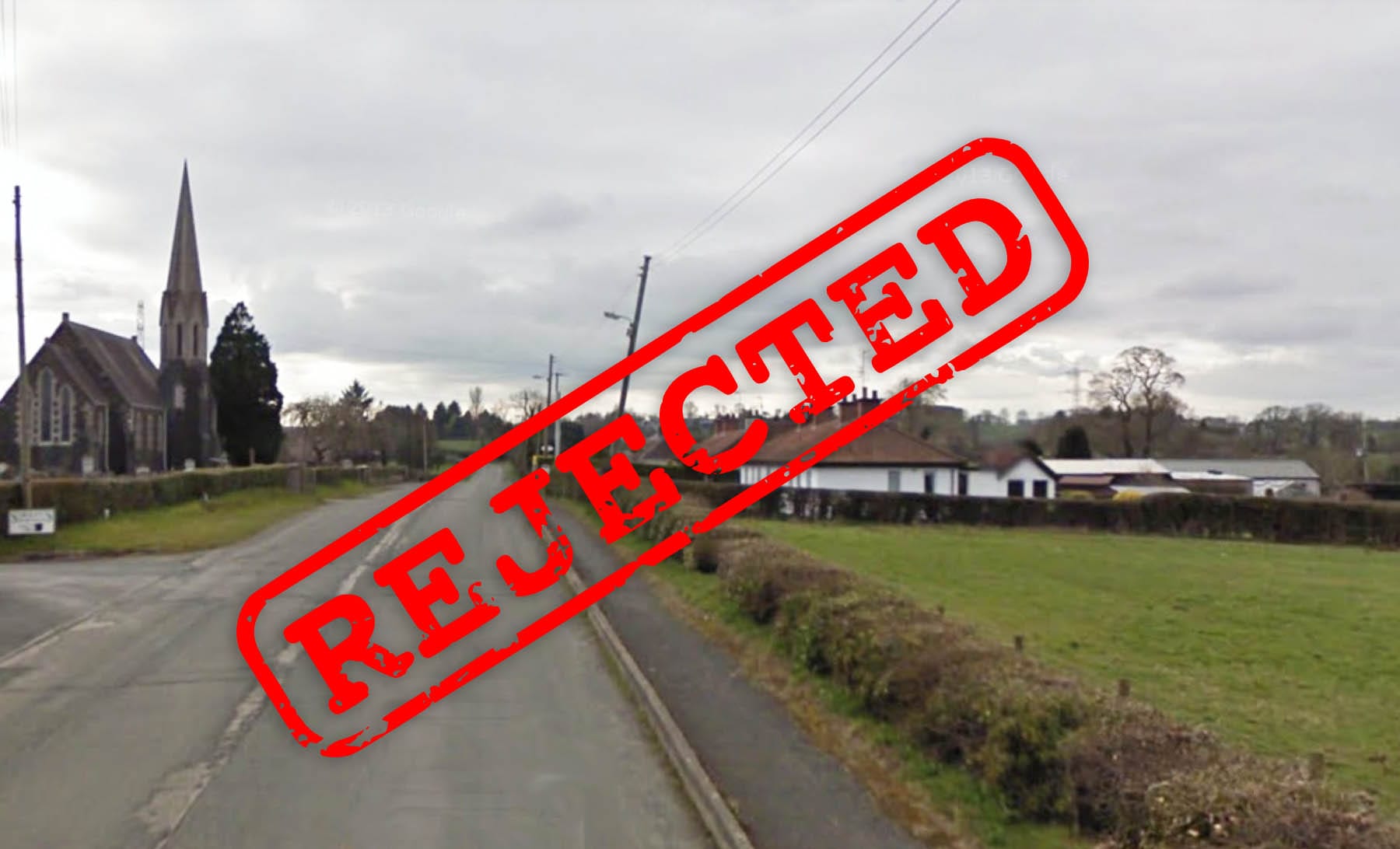 A Co Armagh housing development which would cost in the region of half-a-million pounds has been given the boot by council.

Planners at Armagh, Banbridge and Craigavon Borough Council have rejected the proposals to build a housing development close to the main Armagh to Portadown Road.

The application had 10 objections from nearby residents and planners sided with those in its determination, delivered down in the last week.

Read more: Appeal for witnesses after pedestrian struck by car in Bessbrook

In detailing their reasons behind the rejection, planners reported that there were “no overriding reasons why this development is essential in this rural location and could not be located within a settlement”.

The report added: “The proposed dwellings are not located within an existing cluster of development consisting of four or more buildings of which at least three are dwelling” and that “this site is unable to provide a suitable degree of enclosure for the buildings to integrate into the landscape and therefore would not visually integrated into the surrounding landscape”.

If constructed, the development “would result in a suburban style buildup of development when viewed with existing unapproved buildings”.

Read more: ‘Scum of the earth!’ Burglary victim hits out as house is ransacked in 15-minute window

“The buildings would, if permitted, not respect the traditional pattern of settlement exhibited in that area and would create a ribbon of development and therefore result in a detrimental change to the rural character of the countryside.”

They also said that it “would adversely affect the setting of nearby listed buildings”.

The final determining factor came in the fact that it had not been demonstrated that the development, if permitted, “would be situated outside the floodplain and that adequate measures have been put in place so as to effectively mitigate the flood risk to the proposed development”.