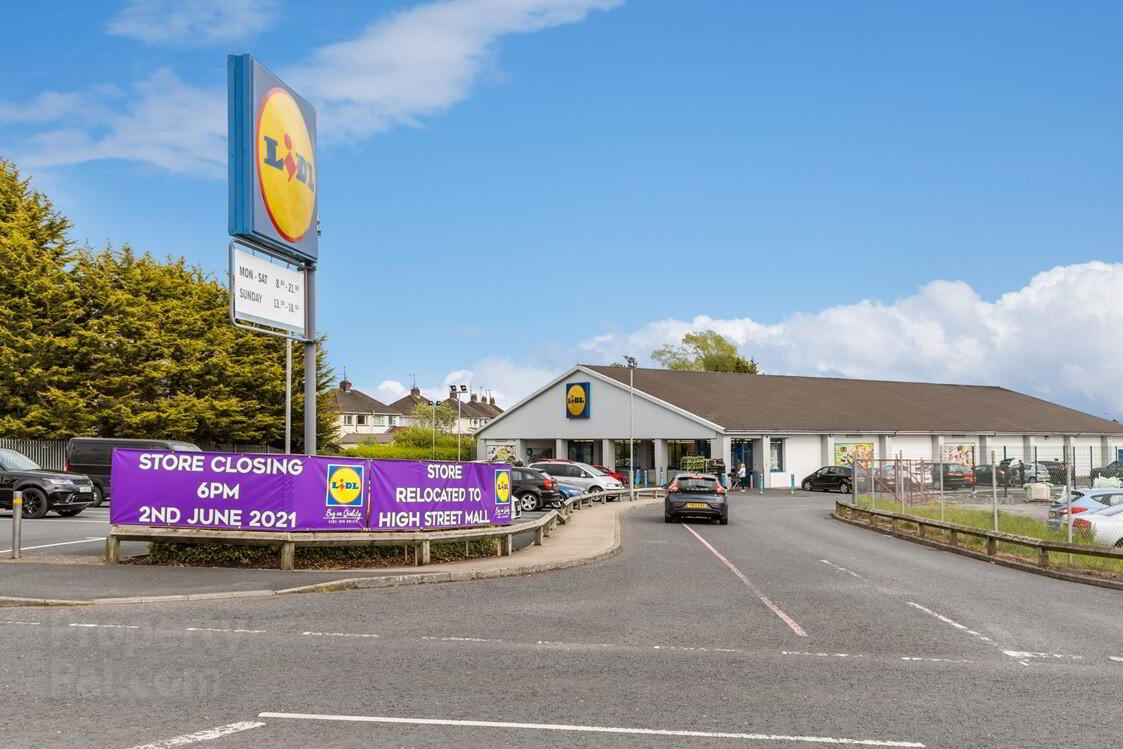 The former Lidl store in Portadown looks set to be brought back into productive use, Armagh I can reveal.

The store at 21 Armagh Road closed last June and the premises have been vacant ever since, with a new Lidl outlet opening as the High Street Mall anchor tenant after a £4 million facelift.

Since Lidl moved, there has been speculation over any possible future plans for the prominent site.

It was in June last year that Lambert, Smith, Hampton was tasked with finding a buyer for the unit, which had been placed on the market with an asking price then in the region of £650,000.

The site came with 80 car parking spaces and servicing facilities and “should be capable of immediate occupation following Lidl’s relocation”, the property agent said at the time.

They also said the premises would be suitable for a showroom, health and beauty and medical uses, subject to any necessary planning consent.

Now Armagh I can confirm that the old Lidl store has a new owner and plans have indeed been brought forward.

It is another local business – Irwin M&E, which is based at the Carn Industrial Estate – which has acquired the unit.

The mechanical and electrical company is seeking approval from Armagh City, Banbridge and Craigavon Borough Council for a change of use.

The business intends to convert the premises into offices and a research and development facility.

Irwin M&E also intend to add a mezzanine floor and ground floor extension to the front of the building, with ancillary storage and warehousing.

Neighbouring properties on the Armagh Road and in the residential area of Kingsway Drive are being notified of the proposals.

Irwin M&E provides a full range of mechanical and electrical installation and maintenance services to clients – across both public and private sectors – throughout the UK and Ireland, in fields including education, healthcare, heritage, workplace, hospitalty and residential.

It has its headquarters at Carn, but maintains a base in Belfast too.

Previous projects have included works on Rathfarnham Castle in Dublin, the Bushmills Inn, the Ulster and Musgrave Park Hospitals, Queen’s University, Belfast and the University of Surrey.

Just this week, Irwin M&E was appointed by Farrans Construction to carry out the mechanical and electrical works at the new Keynsham Recycling Hub near Bath, in Somerset, on behalf of Bath and North East Somerset Council.

In March, it was named in the ‘Top 50’ homegrown businesses in Northern Ireland by Harbison Mulholland.

The proposals by Irwin M&E for the former Lidl store represent a significant investment and it is a move which would be expected to create jobs both directly and indirectly, during construction works and upon completion.

Details of the application will be publicly advertised shortly.