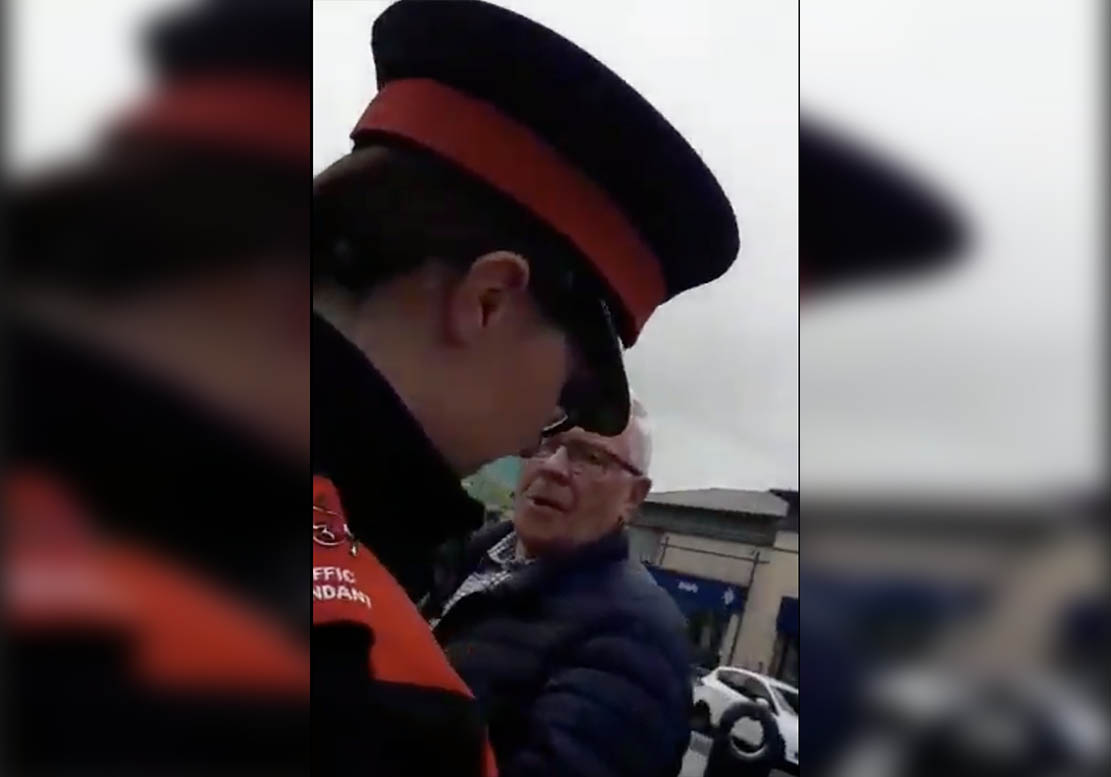 A traffic warden was told she would “roast in hell” as she attempted to issue a parking ticket in Portadown.

The video, posted on social media, shows a verbal confrontation between a member of the public and the female traffic warden.

It is understood the incident took place last Saturday, May 25.

The warden attempts to explain why she is issuing the ticket to the car parked on double yellow lines in the pedestrianised area outside St Mark’s Church.

The video shows an unidentified man approach the warden to tell her to “go down the Garvaghy Road and book cars” before saying “you will roast in hell, that’s what will happen to you”.

The warden then issues a plea for assistance over her radio.

A Department for Infrastructure spokesperson said: “NSL is contracted by the Department to carry out parking enforcement duties across Northern Ireland.

“The Department has only now become aware of the incident and will seek further information from NSL.

“Traffic Attendants have been carrying out parking enforcement duties here for many years and they deserve the same level of respect as any other worker.”