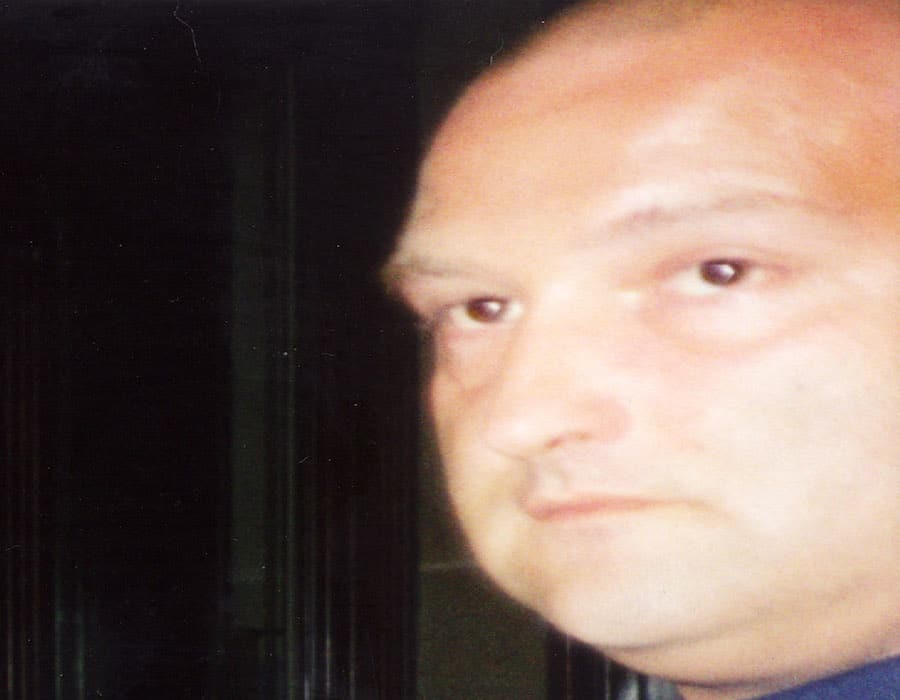 One of the country’s most dangerous paedophiles has admitted breaching his life-long sex offences prevention order (SOPO) for the umpteenth time.

Defence counsel Scott McWhinney told Craigavon Magistrates’ Court that 52-year-old Richard McFarland, who has been reclassified from a level three offender, the most dangerous category, down to a level two, was admitting all the charges against him.

McFarland, with an address at Edward Street Hostel in Portadown, confesses to three charges of breaching the SOPO – by being under the influence of alcohol on February 6, by breaching his “school closing time curfew” on February 21 and by having a smartphone on April 8 this year.

None of the facts surrounding the charges were opened in court on Friday but previously a police officer said there were fears that with the new classification, McFarland was more inclined towards “risk taking behaviour,” revealing that he had recently tested positive for cocaine.

In relation to the two breaches in February, she told the court that McFarland had admitted to hostel staff that he had drunk a quarter bottle of vodka, while in relation to the curfew breach, he phoned staff to claim he would be ten minutes late “due to a doctors appointment.”

The court also heard that in addition to convictions for sex offences, McFarland has 15 previous breaches of the SOPO, with Mr McWhinney conceding that “to call his record bad would cause injury to the English language”.

Following the admissions on Friday, District Judge Steven Keown adjourned passing sentence until a pre-sentence probation report had been compiled, continuing the bail conditions until October 9.

As part of those conditions McFarland is barred from consuming alcohol or drugs, prohibited from associating with two named men who the police believe are involved in drugs and from going to a so-called “homeless warehouse” in Portadown.

Previous courts have heard that until he was reclassified, McFarland was one of only a handful of category three sex offenders in NI, the most serious and dangerous category.

Back in May 2011, McFarland was jailed for three years for serial breaches of a Sexual Offences Prevention Order (SOPO) and ordered to serve a further two years on licence after his release.

The then Recorder of Belfast His Honour Judge Tom Burgess said it was clear that McFarland has “no self control” when it came to his favoured sexual target – young boys.

“All the evidence points to what I can only describe as a compulsion to seek out children in environments when adults are not present, or if present will be in settings where he will be afforded access to children by those who have no knowledge of his record and the threat that he poses,” said the judge.

He had heard that between 24 February and April 2 last 2010, conniving McFarland had secretly infiltrated a small Christian church group, attending numerous social engagements including a four-year-old boy’s birthday party without them knowing there was a deviant in their midst.

His cover was only blown, the court heard, when someone who knew his background and the danger he posed spotted him handing out religious tracts in Belfast city centre alongside a 15-year-old boy.

Police investigations uncovered that he had also been going to Avoniel Leisure Centre in east Belfast to play basketball with children and had went with the church to their meetings at licensed premises, something he was also barred from doing.

That conviction came just 12 months after he was jailed for three years for imprisoning an eight-year-old boy in a toilet cubicle.

Back in April 2006, the court heard that McFarland, then of River Court in Dunmurry, pulled the child into the cubicle while the boy was washing his hands and told him “not to panic”.

McFarland ran out of the toilets and the bar after the boy’s concerned mother called his name when she went to look for him after becoming concerned by the length of time her son was taking.

Ballymena Crown Court Judge David Smyth QC told McFarland that despite no actual sexual offence taking place, “the detention of a boy of this age and in this location can only give rise to inferences, not speculation, as to what you intended”.

That boy and his family can thank their lucky stars McFarland did not have any longer alone with the boy because as Judge Burgess highlighted, he displays “a wilful disregard for the safety of children”.

While Judge Burgess imposed a three year jail term, he left the decision to the Parole Commissioners whether to release the pervert half way through his sentence as per usual remission rules, or whether to keep him inside for the sake of public safety.

McFarland is to remain on the police sex offenders register for the rest of his life and is subject to a SOPO “until further order of the court” which bars McFarland from being in the company of anyone under 18-years-old, from owning a mobile phone or SIM card, from staying anywhere overnight without prior approval of his Designated Risk Manager and also from seeking out contact with other registered sex offenders.