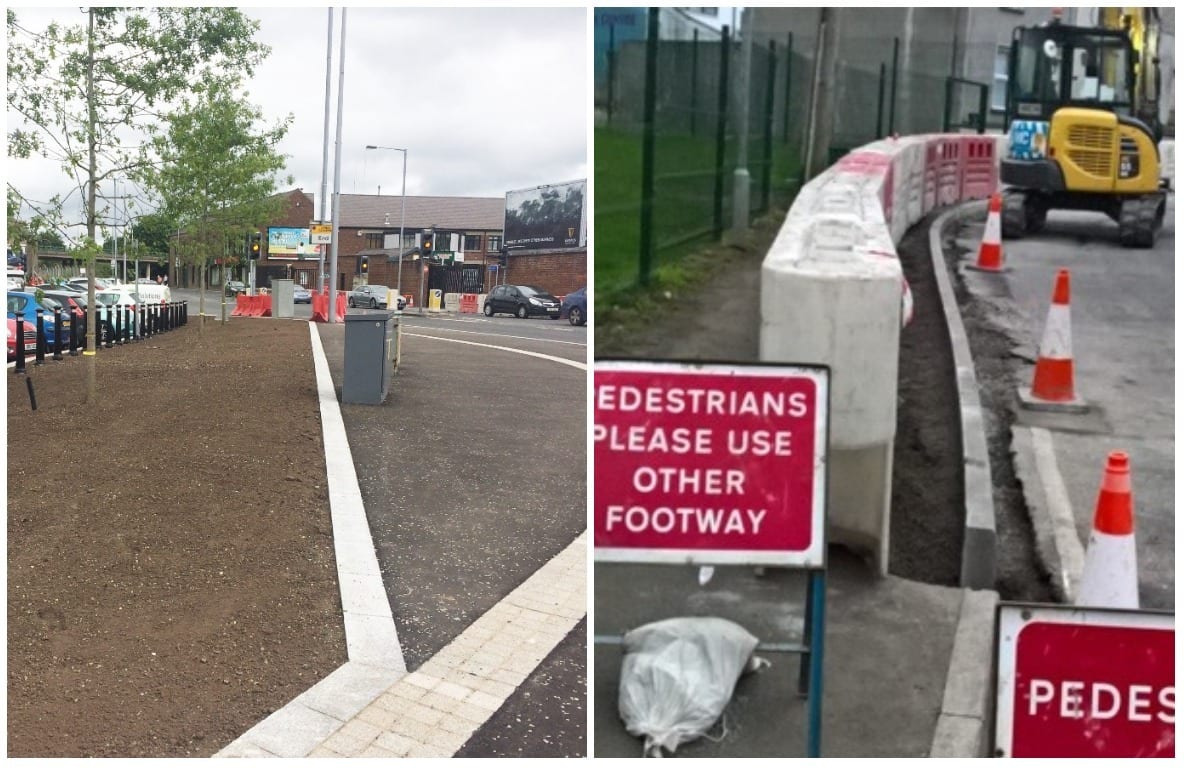 An official launch event is to be held to mark the completion of the Portadown linkages scheme at a cost in the region of £2.5 million.

And, at the same time, more than £360,000 will now be spent on top of that to resurface carriageways throughout the streets involved.

The linkages scheme was designed to enhance the quality of streets and spaces at the edge of Portadown town centre.

Work started in February last year and is now complete.

The scheme includes resurfacing and the installation of new street furniture, landscaping and street lighting.

A report to the council’s economic development and regeneration committee welcomed the completion of the work and proposed an official launch for the occasion.

Councillors were told: “With the scheme complete there is now a uniform quality of public realm throughout Portadown town centre, where previously there was a clear distinction between the town centre – which received public realm investment in 2010 – and increasingly tired link streets to the train station, the Meadows, People’s Park and the River Bann.

“Following the successful delivery of the scheme within budget and to a very high standard of finish, it is considered appropriate that a launch event be organised for early 2018.

“As lead funder, the Department for Communities played a critical role in the delivery of the scheme and their input and attendance at the proposed launch will be requested. In addition, the Department of Infrastructure will also be invited to attend.”

Councillors were also informed that the Department for Communities had confirmed budget availability for resurfacing carriageways throughout the scheme area at a total estimated cost of £366,000.

It is expected the work will be carried out early this year.