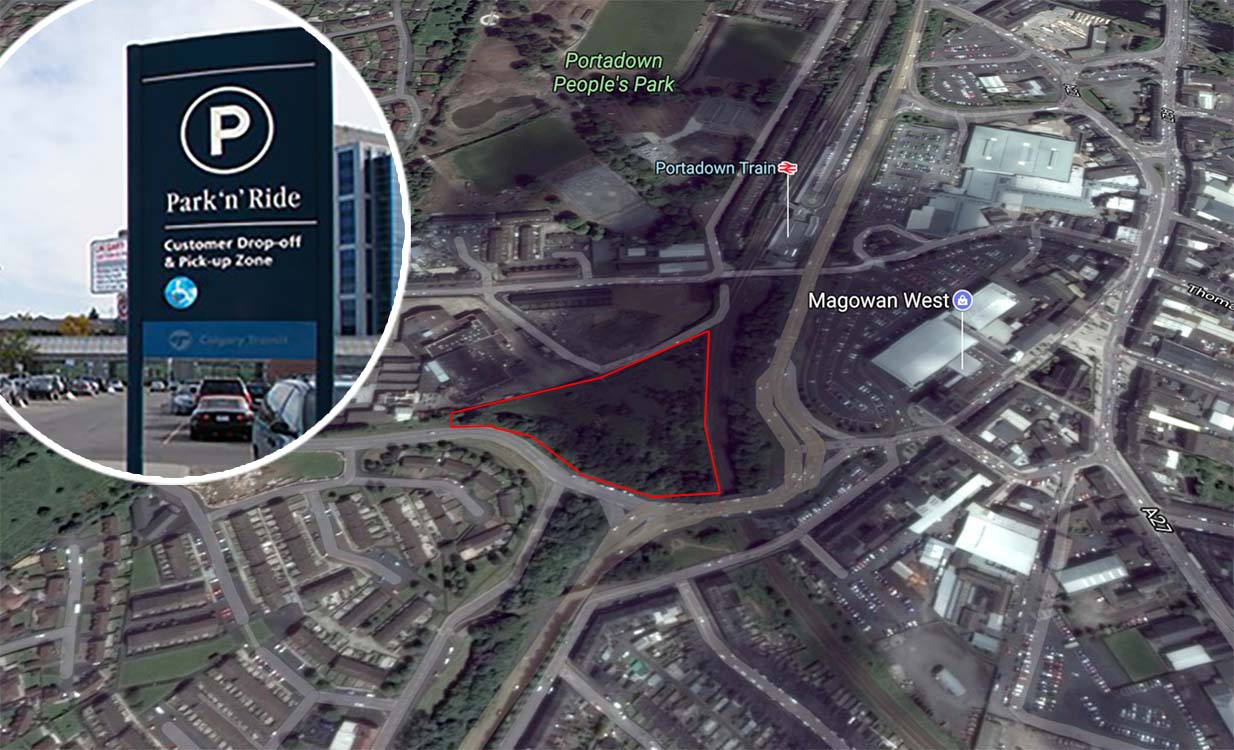 Plans for a new 347-space Park and Ride facility near Portadown Train Station have been approved.

The £3.1m investment from Translink will see the site situated close to the former Denny’s factory site between Obins Street, Corcrain Road and the Northway in the town.

The plans were given the green light at a meeting of Council planners on Wednesday night and it is expected that the move will go a long way to alleviating the current parking problems in the town.

Portadown is the fifth busiest train station on the Northern Ireland Rail network with a passenger numbers in excess of one million a year.

Additionally, the construction and its subsequent operation will deliver a significant amount of jobs for the area.

It has also been highlighted in a report brought before councillors that “the facility will bring back into use a currently vacant and unused area of land which is currently in poor physical and visual condition”.

It will be a well-lit, secure and remotely CCTV monitored facility which will be available for use 24 hours a day.

The accesses will be well lit and the use of open mesh fencing on the site boundaries will allow for overviewing preventing the space from becoming anti-social gathering point.

The entrance areas will also have pedestrian and vehicular gates which will ensure that the facility can be securely closed off, if necessary.

The report also stated that “the proposal will offer a secure, well lit facility that will deter crime and anti-social behaviour”.

The development will be comprised of a surface-level car park providing a total of 347 parking spaces, including five E-car charging spaces.

There will also be a 30-bike cycle storage shelter measuring as well as an equipment storage building.

The facility will be closed monitored by 13 CCTV cameras and access to the car park will be via the Corcrain Road.

A new three metre wide shared cyclepath/footway will be constructed along the northern boundary of the site and will provide access to Corcrain Road (at one end) and Obins Street (at the other end).

The existing pedestrian access to Curran Street will be permanently closed.