Neighbour estates pool resources to deliver over 2,000 hot meals so far to elderly and vulnerable

They have delivered hot dinners twice weekly for the past three weeks with an extra special meal served for the holidays complete with Easter Egg! 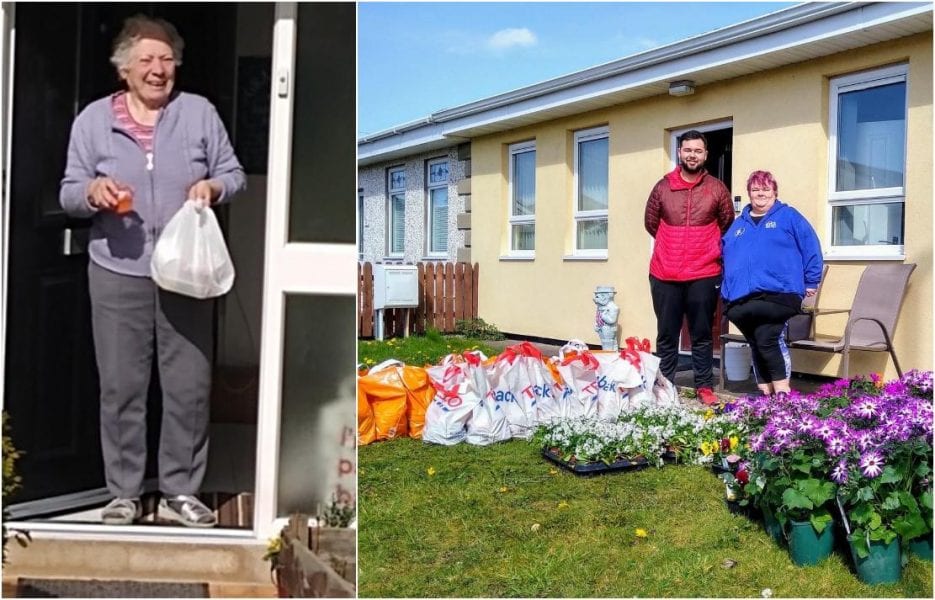 Phyllis Abraham and Jordon Russell, chairpersons of the Edgarstown Residents Association and Create Community Group respectively, with the supplies. And inset, Lena Wright is delighted to receive her special meal delivery.

Two local Co Armagh community groups have joined forces and are providing a vital lifeline to the elderly and vulnerable during these difficult days.

When it became clear that the Covid-19 crisis was going to be something none of us could ever have prepared for, the good people on the Edgarstown Residents Association and Create Community Group put their heads together and pooled their resources.

Comprised of neighbours from the Corcrain and Redmanville estates, they joined forces and quickly decided that there was a very urgent need for essential meals to be distributed to the elderly and most vulnerable residents in both.

Phyllis Abraham, chairperson of the Edgarstown Residents Association, explained: “Initially, 80 people were identified as being in need of this service, however, as we have entered the Easter weekend, we have identified a further 50 residents who were able to avail of a much needed meal delivery service.

“Deliveries for this service are twice weekly. To date, we have distributed approximately 130 dinners every Tuesday and Thursday in addition to an extra portion of stew which is intended for a meal for Wednesday, which would raise that amount to 260 meals delivered.

“All together, we have supplied in excess of 2000 hot meals to very appreciative residents since the start of this pandemic.”

Of course, with the current pandemic very much putting a halt to Easter plans for people, the combined members still wanted to do something to give it that extra special touch.

And they certainly did that! 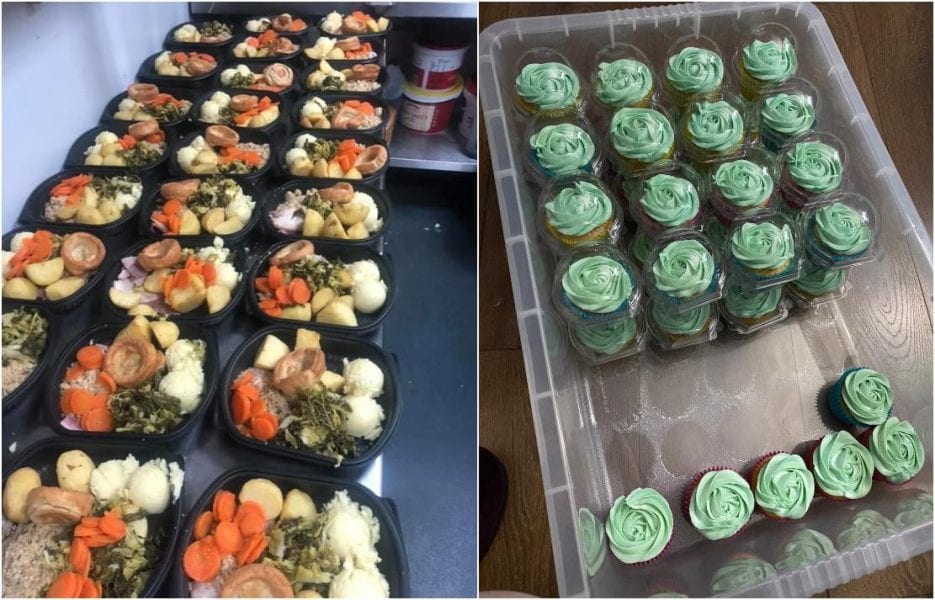 Added Phyllis: “As an Easter treat, we decided to deliver a turkey and ham dinner – and an Easter egg of course – to all our elderly and vulnerable residents.

“Having worked in the community for several years and running a befriending service, I was able to identify need within the Edgarstown area. Together with Jordon Russell, chairperson of the Corcrain/Redmanville Create group (pictured with Phyllis) we drew up a list of who we thought would be best served with hot meals.

“Both community groups would like to extend their gratitude to those that have donated to this service, namely, Roadhouse Kernan, Portadown Wellness Centre and everyone who has donated money to keep this service operational.”

We’re sure you’ll all agree – a fantastic effort by a local community for the local community. If ever there was a time when a helping hand was needed this is it – and together the Edgarstown Residents Association and Create Community Group have gone above and beyond to deliver.

Well done to all!