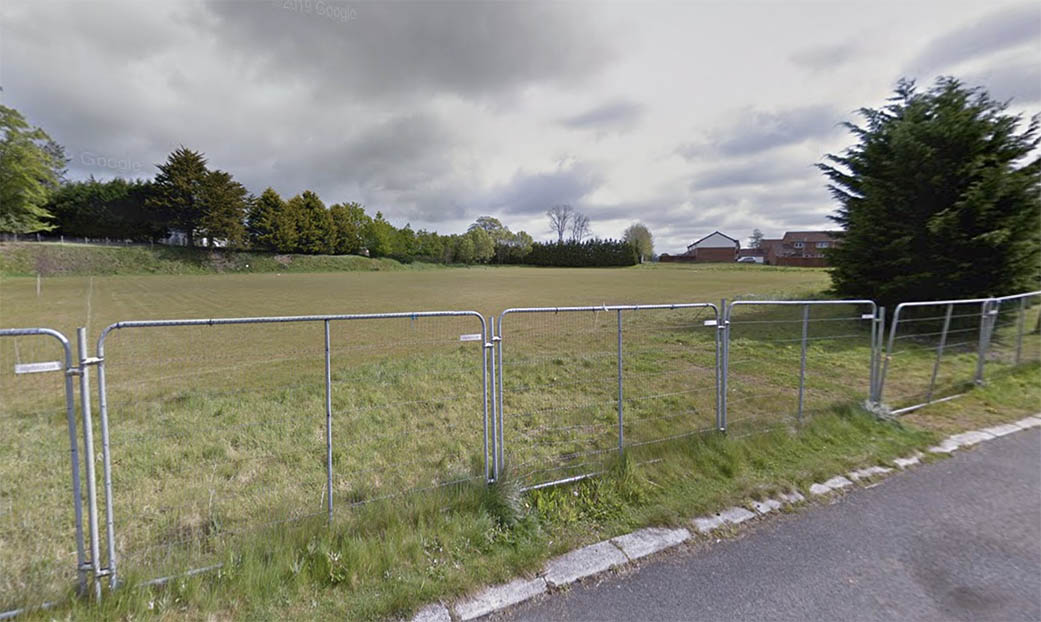 Plans have been submitted for a multi-million pound housing development on a football pitch in Portadown.

An application for the works, in the name of JH Turkington and Sons Ltd, has gone to Armagh City, Banbridge and Craigavon Borough Council planning officials for consideration.

They had already given outline planning approval for the scheme back in January.

This reserved matters application refers to a site described as being on “lands 45m to the north and east of 7 Swallowfield Court. and immediately west of 70 Clendinning Way and 30m south east of 59 Clendinning Way”.

The development would consist of a total of 35 houses.

The proposals also include the provision of public open space and associated developments.

A tree survey indicates that a number of “older beech trees are now in a poor condition and these should be felled to ensure site safety”.

But according to the application, and a landscape management plan, it will have an “attractive, high quality landscape setting”, with tree and shrub planting included.

In addition, there would be a new access to the site too.

The earmarked site is, as it stands, described in the application as being a “football pitch on private land and scrub land”.

According to papers before council, the site is on the southern fringe of Portadown, and is viewed as “primarily residential” with Mahon Road Police Station bounding the site to the north.

The reserved matters application will be advertised shortly.