'My overriding memory of that encounter was the warmth shown to both Charlie and I, and how he was genuinely interested in our story' 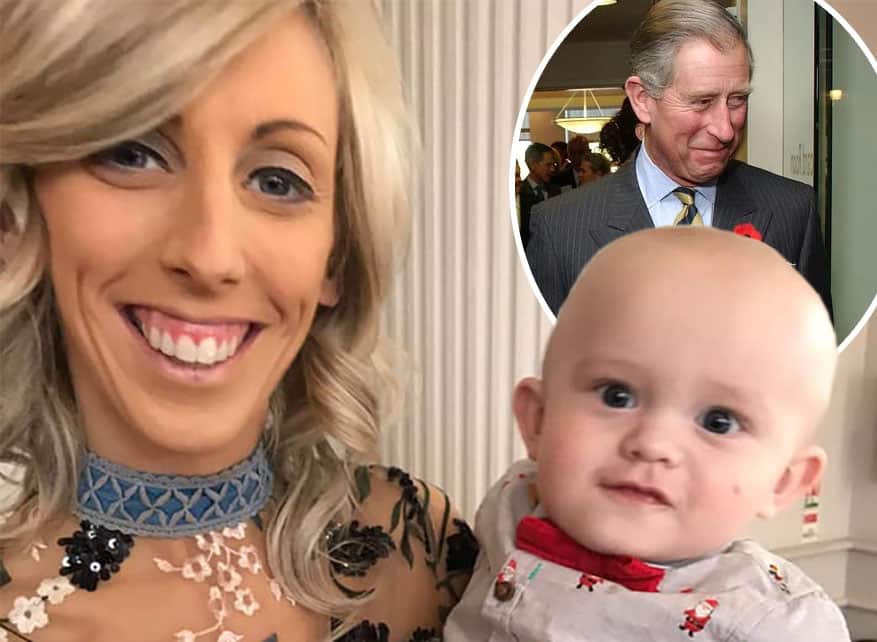 An Upper Bann MP has said she will tell her young son how he once met his namesake, His Majesty King Charles III, when he was just two weeks old.

Carla Lockhart was among a number of political representatives who met the Prince of Wales during his visit to Co Armagh in May 2019.

The DUP representative and baby son Charlie were introduced to the prince at Brownlow House in Lurgan.

At the time, she said: “Little Charlie arrived quite hastily just over two weeks ago at the election count. He was born weighing six pounds, three ounces.

“The prince was inquiring after him and what weight he was. It was just such an honour to meet Prince Charles and little Charlie enjoyed it as well.

“We were able to tell him that he was just two days older than his latest little grandchild Archie.”

Recalling that meeting, Ms Lockhart said she was “in awe” of meeting the prince.

“My overriding memory of that encounter was the warmth shown to both Charlie and I, and how he was genuinely interested in our story. You could see how he would be a loving grandfather to his children,” she said.

“It was a special moment that will live with me for ever, and I will certainly share the memories of that day with Charlie. Few people have the honour of meeting the monarch, and it is humbling to have had that honour for my son.”

She said King Charles has lived a life of “duty and service” and added: “I know that he will fulfil his duties wholeheartedly, continuing that wonderful legacy of his beloved mother in doing so. I have no doubt he will have the support of a loving people.

“The reign of Her Majesty the Queen will be remembered with great fondness, and we will forever be thankful for her selfless devotion to this nation.

“Most of us have only ever known the Queen as our head of state, her reassuring presence through difficult times, her radiant smile and sense of fun in good times.

“The scale of public mourning is the greatest testament to the love and affection in which she is held by millions of people. We will not see her like again, and we have all been blessed to have lived through her inspirational and remarkable reign.”

During the visit to Armagh – their third day of a visit to Ireland – the Prince of Wales and the Duchess of Cornwall were greeted at the Palace Demesne by the new Lord Mayor, Mealla Campbell, in one of her first official engagements.

Armagh GAA manager Kieran McGeeney and Ireland rugby captain Rory Best were also on hand to meet the prince who was given jerseys from each sport.

The prince even managed to referee a ‘symbolic match’ between young rugby and Gaelic football players.

Meanwhile, the Royal School Armagh, on a post on its Facebook page, said it has “happy memories” of a visit by her Majesty on March, 20 2008, accompanied by her husband Prince Philip, to mark the 400th anniversary of the foundation of the Royal Schools of Ulster.

It added: “Her Majesty’s reign has been characterised by her optimism, resilience and devotion to duty.

“Through her service to the nation and Commonwealth, the faithful execution of her public duties, her commitment and loyalty to her faith and family and her resilience in the face of illness, Her Majesty has provided us with an enduring legacy.”