Mother and son thank everyone for support after successful kidney transplant 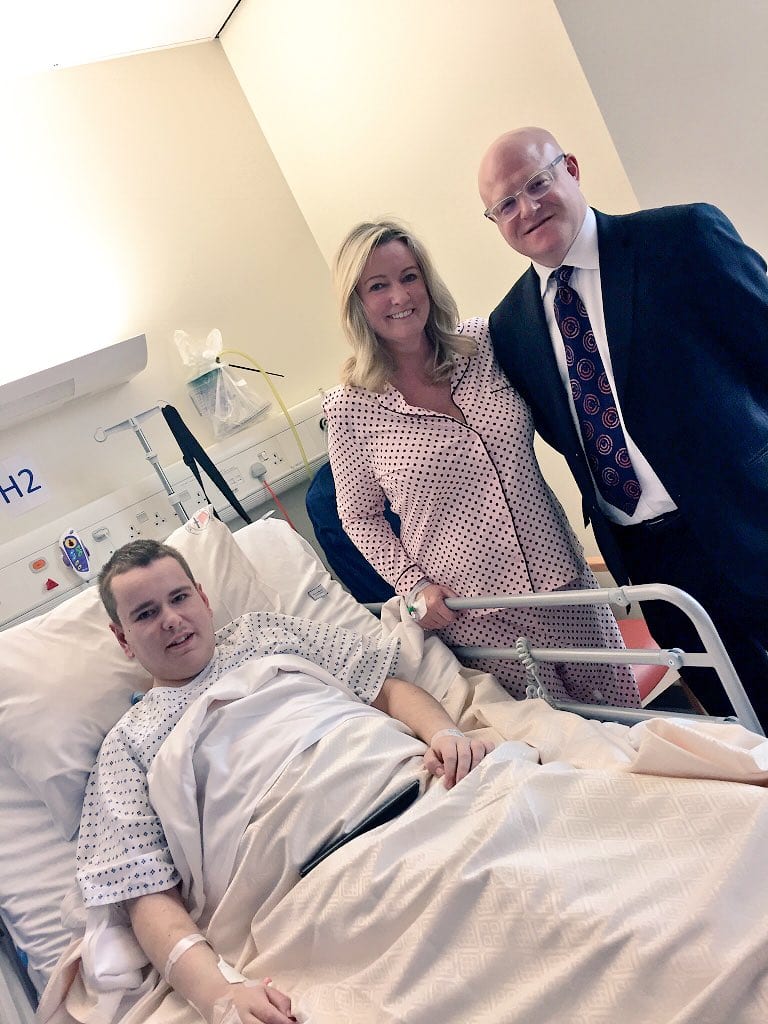 Co Armagh mother and son Jo-Anne and Mark Dobson have thanked everyone for their support and kind wishes as they begin their journey to recovery after a successful kidney transplant procedure this week.

Jo-Anne, a former Ulster Unionist MLA for Upper Bann, gave the ultimate gift of love and life to her 25-year-old son on Tuesday.Mark was diagnosed with renal reflux at just five weeks old.

In 2009, he underwent a kidney transplant at the Royal Belfast Hospital for Sick Children, thanks to a donor being found, but his new kindney began to ‘shut down’ and had to be removed in August last year, meaning Mark had to go back on dialysis.

Mum Jo-Anne agreed to donate one of her own kidneys and this week both mother and son were admitted to Belfast City Hospital for the procedure.

Jo-Anne was taken to theatre on Tuesday morning to have one of her kidneys removed, while Mark had the kidney transplanted in the afternoon.

Both mother and son are now back on the ward and have taken to Twitter to offer their thanks.

Jo-Anne shared a photograph back on the ward with Northern Ireland Consultant Transplant Surgeon Tim Brown.

“WE DID IT!! Mark & I are recovering well after our operations – all the messages, prayers & love have meant so much to us.

“THANK YOU from the bottom of our hearts to our Surgeon Tim Brown & the wonderful team here at 11 South – Plenty of R&R ahead for us both,” she tweeted.

Mark has also thanked everyone for their kindness.

And he had a special surprise upon waking from surgery too. A life-long Northern Ireland football fan, he had shared a picture earlier this week overlooking Windsor Park, saying he hoped to keep his record intact of not missing a home match.

Hours after his procedure, he was shown a video clip recorded by Northern Ireland international Niall McGinn, who wished he and Jo-Anne a “speedy recovery” on behalf of the whole team and hoping Mark would “tune in on Saturday and cheer on the boys”.

But the Green and White Army fanatic is hoping to go one better.

He revealed that “all the messages of love” had helped himself and mum Jo-Anne as they “recover from our operations”.

But as far as tuning in to watch Northern Ireland take on South Korea in this weekend’s friendly is concerned, Mark has different ideas.

“I’m still making it my goal to be there on Saturday,” he tweeted.