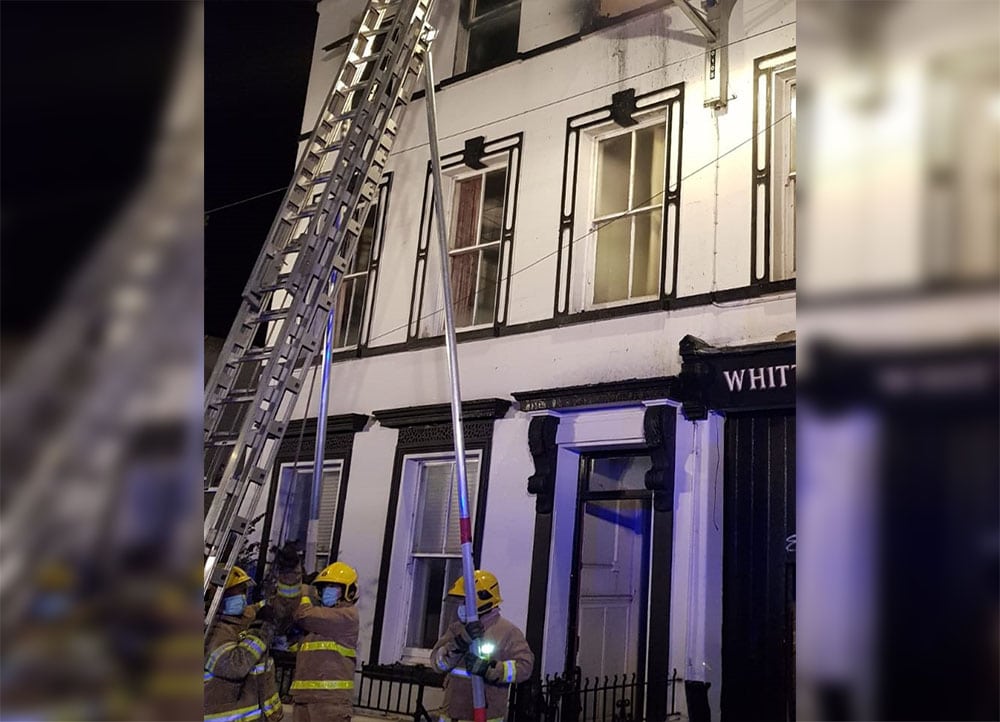 A man was rescued from a derelict building in Portadown by heroic fighters after it had been deliberately set alight on Wednesday morning.

The blaze at a derelict building in the William Street area of the town was reported to emergency services shortly before 2.15am.

One male was assessed at the scene for smoke inhalation and a number of residents were evacuated from nearby properties but returned to their homes a short time later.

Police say they are treating the incident as arson.

Fire crews from Portadown and Lurgan attended the scene and dealt with the incident in just over an hour.

A spokesperson for the NIFRS said: “Firefighters arrived at the property and quickly carried out a search of the property while wearing breathing apparatus.

“A male casualty was rescued by Firefighters and led to safety.

“He was then transferred to the care of the Northern Ireland Ambulance Service.

“Firefighters used a 13.5m ladder, a short extension ladder and three hose reel jets to extinguish the fire and the incident was dealt with by 3.28am.

“The cause of the fire is believed to have been deliberate ignition.”

Anyone with any information is asked to contact police on 101 quoting reference 96 of 24/02/21.
A report can also be made online using the non-emergency reporting form via http://www.psni.police.uk/makeareport/.