Complaints made to police over anti-internment bonfire 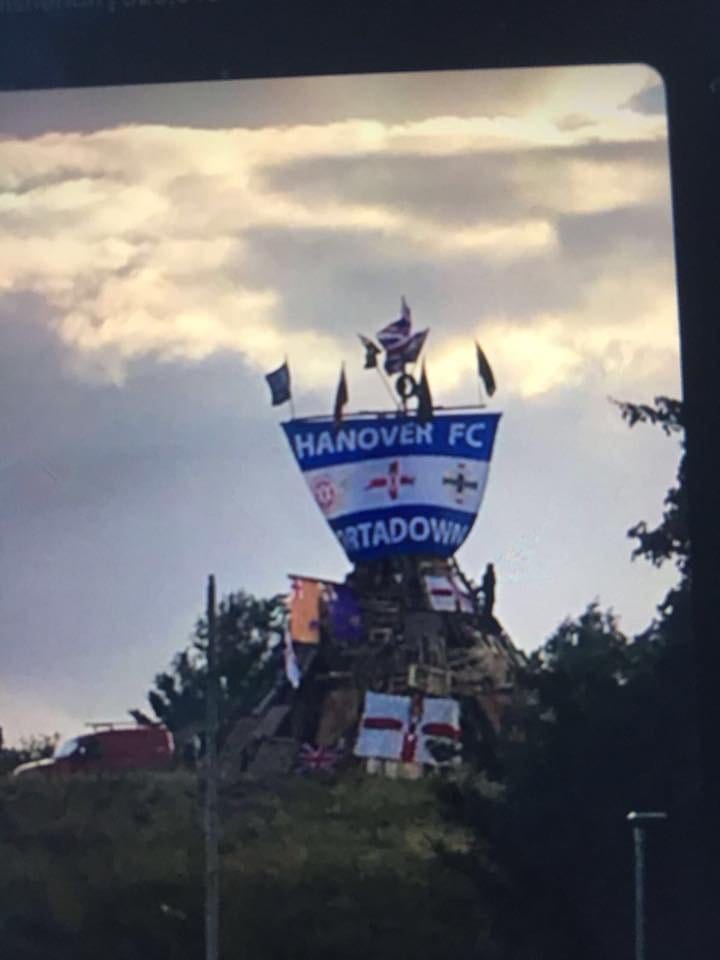 A man has been arrested during the course of an investigation by police into the burning of flags and other materials on a bonfire in Portadown.

The anti-internment bonfire on Wednesday night led to complaints being made to police.

A Hanover FC banner and other flags were place on the fire.

Tonight, he confirmed that, a 28-year-old man has been arrested in relation to the incident for breach of bail and offences under the Telecommunications Act.

“He has been remanded in custody for the breach of bail and the investigation continues,” said Chief Inspector Burrows.

“Hate crimes will be robustly investigated.”