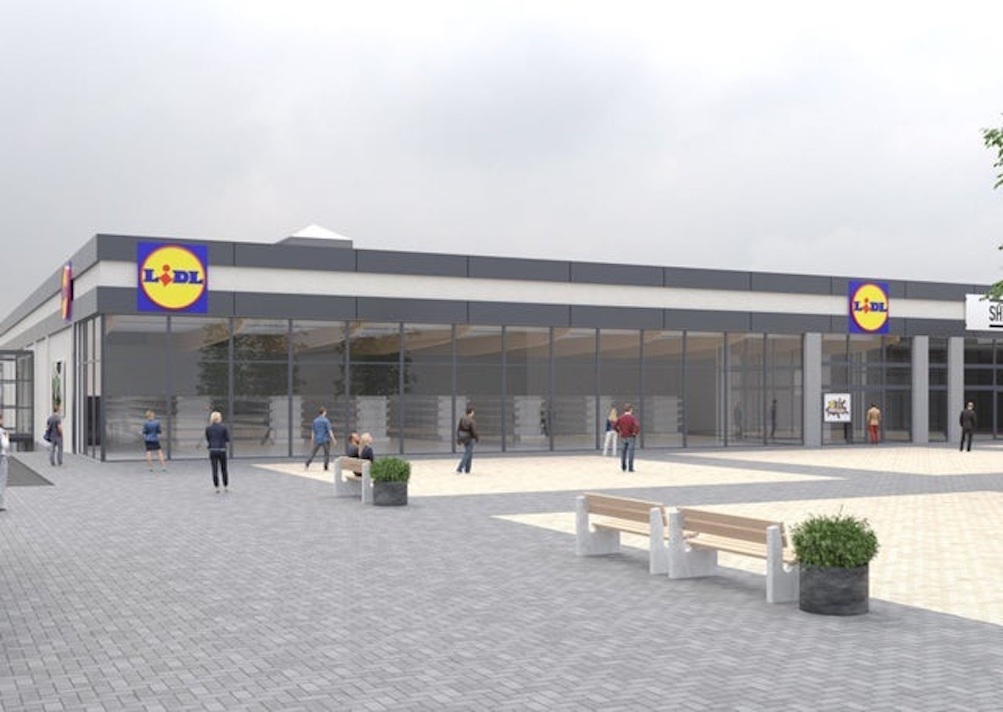 A new £4 million Lidl superstore will be delivered to Portadown after Council planners gave the thumbs up this week.

Hillsborough-based Brittas Property Ltd has been given the green for the re-development of the High Street Mall.

The re-development of the Mall will enhance the retail offering for shoppers and it is hoped will help reinvigorate the town centre.

The scheme represents a £4 million investment and will entail the reconfiguration of existing units and the incorporation of a new plaza.

In what is a challenging time for the retail industry, it is positive that Lidl have agreed to the new anchor tenant, with additional retailers to be announced as the development progresses.

The proposal involves internal and external alterations with new facades and extended pedestrian entrances to the car park and Woodhouse Street.

Amendments would also be made to access, as well as the reconfiguration of the service yard, the addition of a new loading bay or dock and service ramp, with amended customer ramp and ancillary works.

According to an accompanying statement drawn up by leading consultancy Gravis Planning, the overall proposals will help attract new shops, safeguard existing jobs and “revitalise the mall”.

It points to the significant knock-on effects which the economic downturn and departure of Dunnes had on High Street Mall.

But it adds that the changes proposed will reverse the trend which has left half the units on site vacant and bring in ‘new faces’ of a commercial nature.

Gravis, in their correspondence, explained: “The current application aims to revitalise the mall through improvement of the retail offer and shopper experience.

“The current proposals include Lidl becoming the new anchor tenant for the mall. This is a great news story for the mall which is expected to act as a catalyst in attracting further retailers and thereby improve the vitality and viability of the mall and the wider town centre generally by making the town centre more attractive as a retail destination and thereby attracting more footfall.

“In addition, the proposed new outdoor plaza within the mall will significantly improve the aesthetic appearance providing an enhanced shopper experience.

The demolition work and introduction of a central plaza would reduce floorspace from a gross of 12,933 sq metres to 10,012 sq metres.

This final figure actually includes the addition of over 1,000 sq metres of ‘new-build’ accommodation after demolition works have taken place.

Overall, Gravis Planning say the proposals would bring “significant economic benefits for the mall and wider town centre” and will represent an investment of “at least £4 million”.

The submission added: “The overall revitalisation of the mall will also help to safeguard and protect those jobs and businesses that remain in the mall.”

One letter of support for the development has been submitted by SDLP Upper Bann MLA Dolores Kelly who said it would “undoubtedly reinvigorate the town centre and the retail experience for customers”.

The securing of Lidl as a new anchor tenant was, Mrs Kelly added, a “clear vote of confidence in Portadown’s retail sector”.