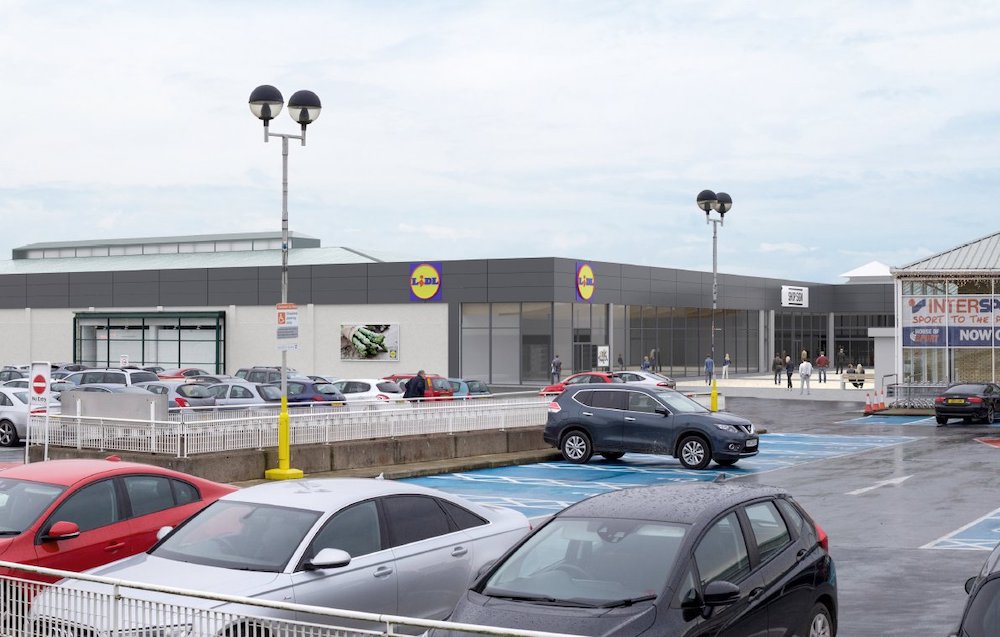 Fresh images reveal a new-look for Portadown town centre with a massive Lidl superstore set to be built there as part of a £4 million investment.

And the locally-based JH Turkington has been appointed as the main contractor for the project.

The location for this major investment is the High Street Mall.

It is hoped that the arrival of Lidl as a new anchor tenant will help revive the shopping centre’s flagging fortunes.

The High Street Mall is about to get a whole new look with some ambitious proposals in the offing.

The work will require both demolition and new-build to accommodate the Lidl store.

The Lidl outlet will stretch as far as the road at the entrance to the car split level car park for the shopping mall. And at the entrance a new pedestrianised plaza with seating and planters is also planned.

Turkingtons said they were “delighted” to have been appointed as the main contractor and were looking forward to the redevelopment in their home town centre.

Lidl is a big boost for High Street Mall which has lost numerous tenants since the departure of Dunnes Stores in 2017.

This new proposal involves internal and external alterations with new facades and extended pedestrian entrances to the car park and Woodhouse Street.

Amendments would also be made to access, as well as the reconfiguration of the service yard, the addition of a new loading bay or dock and service ramp, with amended customer ramp and ancillary works. No planned opening has been scheduled at this stage.

But all involved are hopeful that it will encourage other top names to come to Portadown and help reinvigorate the town centre as a whole.