‘I am in one million pieces’: Partner’s moving tribute at heartbreaking loss of Jake 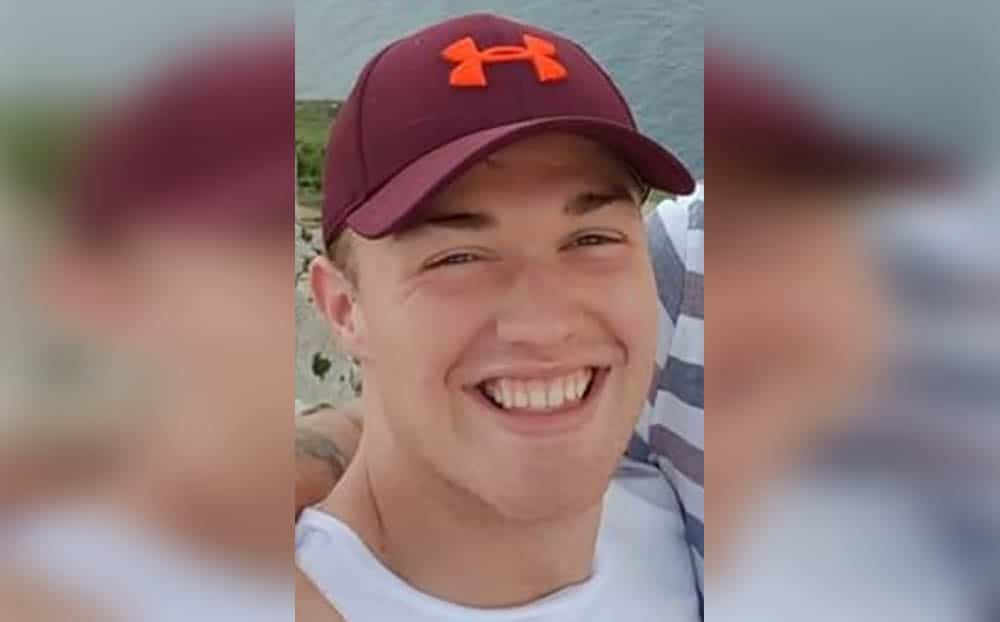 The partner of Jake Bailey-Sloan – who died in hospital after being assaulted in Portadown at the weekend – has said his passing has left her “in one million pieces”.

Gerda Visinskaite paid tribute on social media after the loss of the popular 23-year-old.

Her words came as preparations are being made for a private funeral.

“The love of my life is gone,” she wrote.

“He touched so many hearts but he had mine. I am in one million pieces.

“There are no words.

“I love you forever and ever Jake.”

Jake Bailey-Sloan collapsed moments after being assaulted in Portadown town centre, during the early hours of Sunday morning.

The 23-year-old had been rushed to hospital, and despite the brave and best efforts of doctors, never regained consciousness.

There was shock and disbelief as it was learned the young businessman had passed away on Monday evening.

Jake had set up the hugely popular ‘The Mill NI’ in 2017 – transforming a derelict textile mill on Bleary Road into an indoor adventure centre.

Others online paid tribute to his hard work and endeavour and expressed their sadness.

The Jungle adventure centre, based in Moneymore, said: “Jake and The Mill were partners of ours delivering Airsoft at The Jungle.

“Jake was a bright light, a young gentleman and a truly admirable person. Our thoughts are with his family & all his colleagues at this devastating time.”

Toy Soldiers Airsoft in Belfast said he always had a “warm welcome and smile at the counter” and added: “He’ll be sadly missed by the airsoft community.”

Jake had also been a keen rugby player and had played for both Portadown and Armagh.

Portadown Rugby Football Club said all were were “deeply saddened at the tragic news”.

And the City of Armagh Rugby Club also paid tribute.

It said: “Jake played in the back row and represented the club on our 2xv, 3xv and 4xv teams, during his time at Armagh and left fond memories behind with us.

“Jake will be sorely missed in the rugby community.”

Donations in lieu of flowers are for the River Bann Cleanup in Portadown, something which was very close to his heart.

In a moving post on Facebook, these kind words were used in Jake’s honour: “His enthusiasm and positivity were contagious and we chatted about the river and how it was such an underused asset in the town.

“He was full of ambition and ideas beyond his years and we were taken aback when he mentioned his age. He wanted to give people an opportunity to get out onto the river and a number of months later his idea would become a reality.

“Through his business (The Mill), people were able to hire out kayaks and paddleboards on the Bann, in what was a first for the town.

“He was selfless – even to the point of standing barefooted in mud on a cold winter’s morning, to help me when I was struggling to lift a trolley out of the river.

“When I was unable to get the insurance renewed for the clean-up, Jake was the first person to contact me, with an offer to cover the insurance so I could still take people out. In return, he didn’t want anything. He just wanted to be able to help.

“Although I didn’t know Jake that well, his life and his qualities have left a lasting impact on many many people in this town and beyond.”

A funeral notice describes Jake as the loving partner of Gerda, cherished son of Leanne and Gordon Dreyer and Ross and Emma Sloan, and dearest grandson of David and Valerie Bailey and Milne and Linda Sloan.

The house and funeral are strictly private but it is intended that a celebration for Jake’s life will follow at a later date.