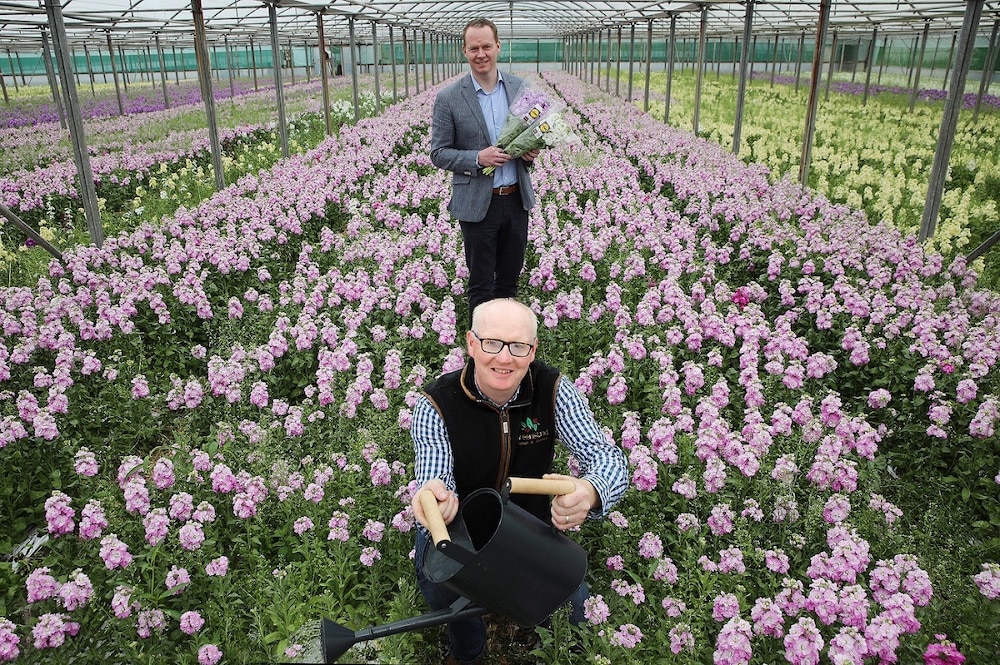 With over 40 employees, the Portadown-based company which has two sites across six hectares in Craigavon has been growing retail-ready fresh flowers for over 18 years and this latest contract will take its longstanding relationship with Lidl Northern Ireland up to 2022.

Its partnership with Lidl goes back to 2012 when it started supplying stems to its growing regional store base.

Since establishing in 2002, producing just 250,000 stems, the company has grown its operations to this year supply more than four million stems to the retailer.

“Greenisland Flowers started out back in 2002 as a father and son partnership, with only a work bench, a pair of secateurs and a passion for growing beautiful flowers,” said Mr Donnelly.

“Since then, we’ve transformed our business into a multi-acre, multi-site operation, producing millions of stems annually and continually innovating with new product lines and expanded ranges.

“Our partnership with Lidl Northern Ireland has been transformative and it is thanks to their support that we have dramatically expanded our facilities, increased our production volume and provided additional employment.

“We’re delighted that Lidl has remained a consistent partner to us over the years – even supporting us through the Covid-19 pandemic to ensure a continued revenue stream and by avoiding stock spoiling and wastage of blooms. It’s been wonderful to work with a like-minded company that is focused not only on its people and its partners, but in taking care of our environment and placing sustainability at its core.”

Conor Boyle, Regional Director of Lidl Northern Ireland, added: “We’re thrilled to extend our deal with all the team at Greenisland Flowers and to support them in securing new routes to the market in the Republic of Ireland with a quality product which celebrates real home-grown success.

“We strive to supply our customers with market-leading, locally-produced products and for us Greenisland Flowers is a cut above the rest. Other supermarket retailers often import from areas of Europe, such as the Netherlands, but local suppliers have shown us that they can compete just as well.”