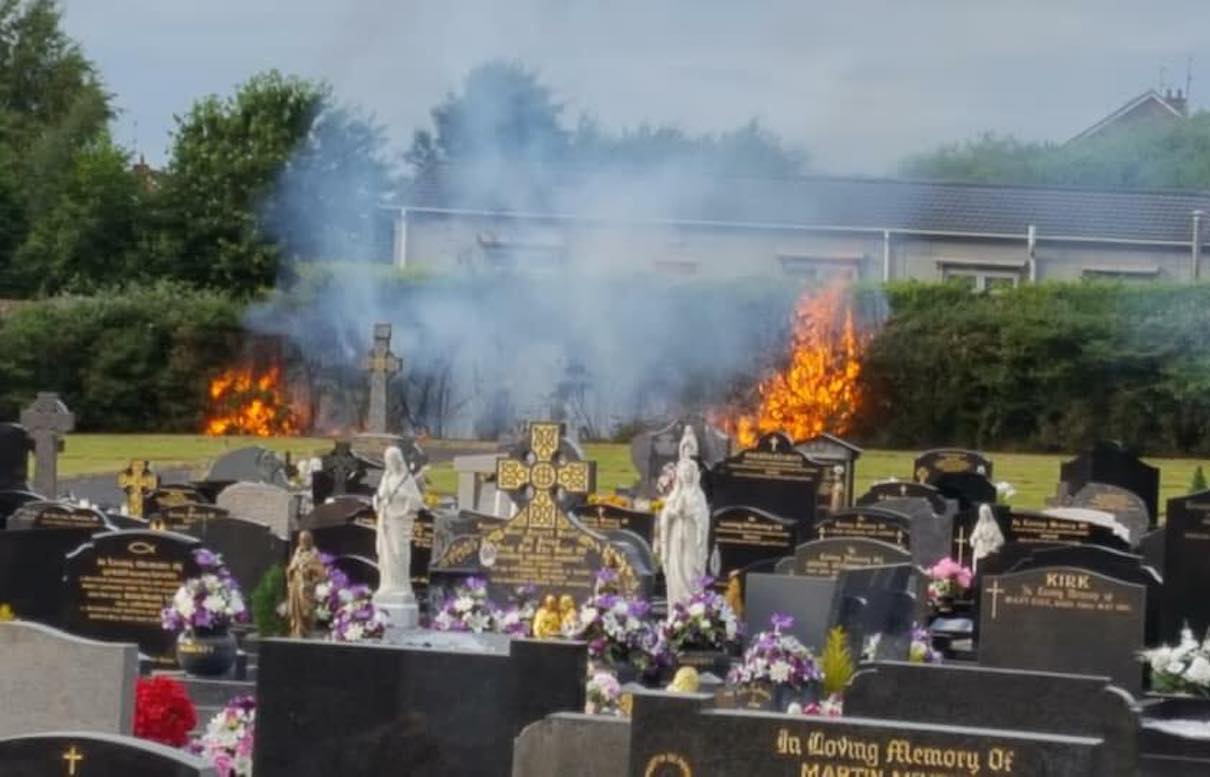 A graveyard situated next to a Co Armagh primary was set on fire by arsonists on Sunday evening.

Hedges in St John’s graveyard, which is situated just off the Garvaghy Road in Portadown, were set alight, just yards from St John the Baptist Primary School at around 8.15pm.

According to the political group Republican Sinn Fein (RSF), who posted these images on social media, the two male culprits were seen making a getaway on bicycles.

An RSF spokesperson said: “Thankfully the Fire service were able to manage the blaze before extensive damage was caused.

“These actions serve no other purpose than creating destruction and causing upset to family members who are visiting the graves of their loved ones.

“We call on anyone involved in this activity and any other anti social behaviour in the Portadown area to cease it immediately.”

The fire service confirmed they attended the incident and that the cause was most likely arson.