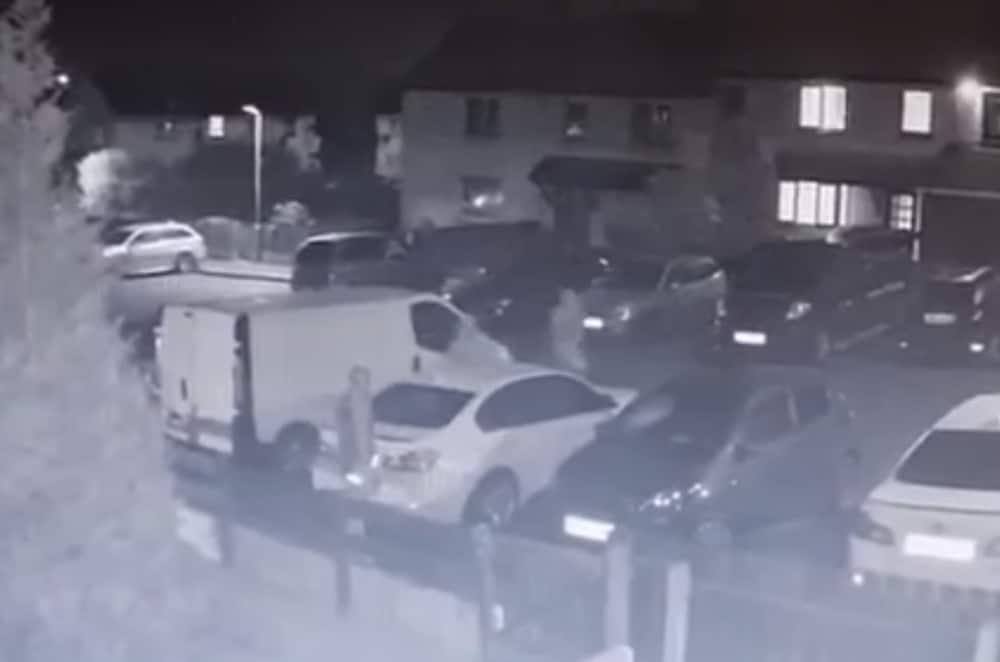 Police have appealed for information after four hooded men were caught on CCTV trying to set fire to cars in Portadown.

The incident occurred in the Drumcarn Gardens area shortly before 11.30pm on Thursday night.

The would-be arsonists were challenged by a resident, who was at home with his children at the time, before running off into a getaway car.

It is understood they scarpered in the direction of Westland Road and onto the Loughgall Road after their getaway car – a Renault Clio – ran out of petrol.

Police have issued an appeal following the report of criminal damage to two vehicles.

Inspector Leslie Badger said: “We received a report, at approximately 11.20pm, that damage had been caused to two cars that were parked outside a house in the Drumcarn Gardens area of Portadown.

“Significant damage, including a smashed window and dents, were caused to both the vehicles.

“I am appealing to anyone with information, or who may have noticed any suspicious activity, to contact us on 101 quoting reference number 2224 of 25/02/21.”