The landmark property - a Grade 3 Listed Building - is for sale with an asking price in the region of £325,000 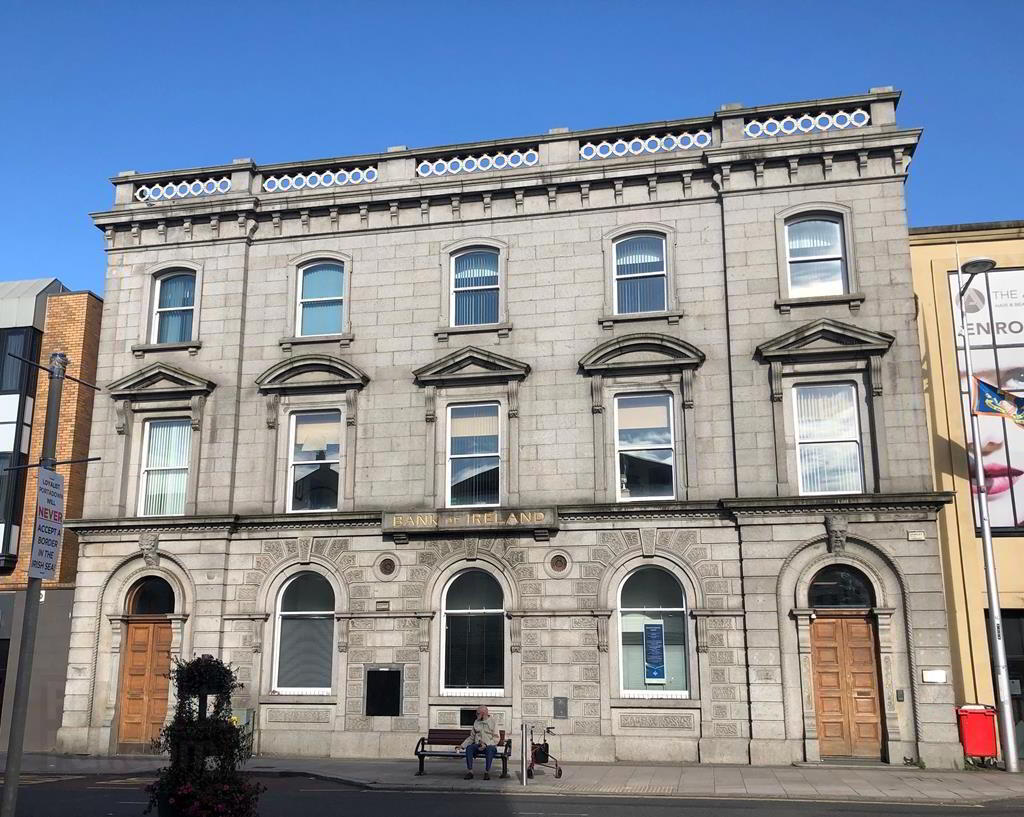 The former Bank of Ireland premises in Portadown town centre is up for sale.

The three-storey building, at High Street, is a local landmark and it has been placed on the market after the closure of the town branch.

It was in March this year that the Bank of Ireland announced that it would close its branches in Portadown, as well as Banbridge, Crossmaglen and Keady, by the end of this year.

It said branches in Armagh, Newry and Lurgan would remain open, while the Dungannon branch would also close.

The Bank of Ireland said it would reduce its branch network by 15 – from 28 to 13 – in a restructure of the business in what it described as a response “to the significant and accelerating changes in how customers are banking today”.

It was a move which would affect around 120 staff across Northern Ireland, with the Portadown branch pulling down the shutters for the last time in early July.

The Portadown property is now being marketed for sale by Cushman & Wakefield.

The building itself offers floorspace in excess of 6,300 sq ft.

But the first floor of the three storeys is occupied by Hunter Boyce and Co accountants. The company is currently close to completing 24 years of a 25-year lease as tenancy agreement.

In marketing the property, the agents describe the property and the town as benefitting “from excellent transport links”.

The agent states: “The subject property occupies a prime position on High Street, adjacent to High Street Mall and only a few minutes walk from the train station and the town’s main public parking facilities.

“Occupiers in the locality include Lidl, Franklins, Greggs, JR McMahon Menswear and Specsavers.

“The subject property comprises a substantial three-storey Grade B Listed building of traditional construction with a cut stone facade and pitched slate roof.

“There is a flat roofed, rendered ground floor extension to the rear which leads to an enclosed concrete yard that benefits from access onto Woodhouse Street via a shared laneway.”

The upper floors benefit from a separate entrance off High Street, with lift and stair access from the ground floor entrance lobby.

The property is expected to attract a wide interest given recent developments, new arrivals and restoration of properties within Portadown town centre.