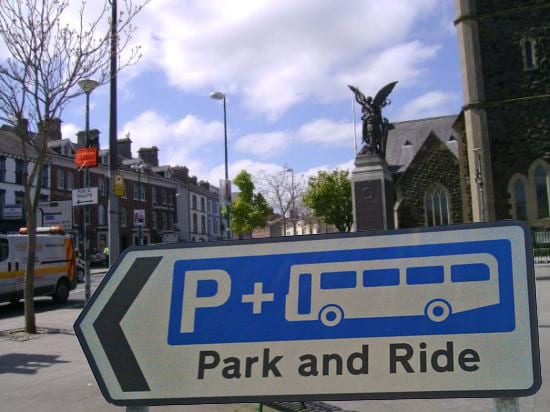 A massive £3 million park and ride facility beside the train station in Portadown is a step closer to reality.

Having carried out a pre-planning community consultation between March and June, approval is now being sought to proceed.

Translink has submitted a planning application to Armagh City, Banbridge and Craigavon Borough Council for consideration, which is due to be publicly advertised next week.

The facility – if given the go-ahead – would see 351 new parking spaces, as opposed to the planned for 340,provided on an expansive site adjacent to Curran Street and the former Denny’s meat factory on the Corcrain Road.

The feedback to date from the public consultation has been mainly positive.

Most have homed in on a new vehicle access at Corcrain Road, which would mean traffic coming from the Armagh direction would not have to negotiate the whole way around Portadown town centre to find a parking space to catch a train.

Translink has already received support from Stormont for the proposals, which include lighting, CCTV, cycle shelter, general storage and landscaping. There would be convenient pedestrian access and for motorists a right turn lane into Corcrain Road.

A full economic appraisal was carried out in March and submitted to the Department for Regional Development – now the Department for Infrastructure – and this was approved in May. Among the issues looked at was local need and demand.

The new facility would also provide disabled access parking and the overall site will be surrounded with security fencing.

It will allow motorists to access free park and ride spaces from the Corcrain Road with the hope of reducing congestion from commuter traffic through congested town centre routes.

The application will now be considered by planning officials at Armagh City, Banbridge and Craigavon Borough Council.

While much work has already been done, the application – given the extensive nature – will require detailed examination and review before a recommendation is made.

It could be spring or beyond before an opinion goes before council planning committee for consideration.