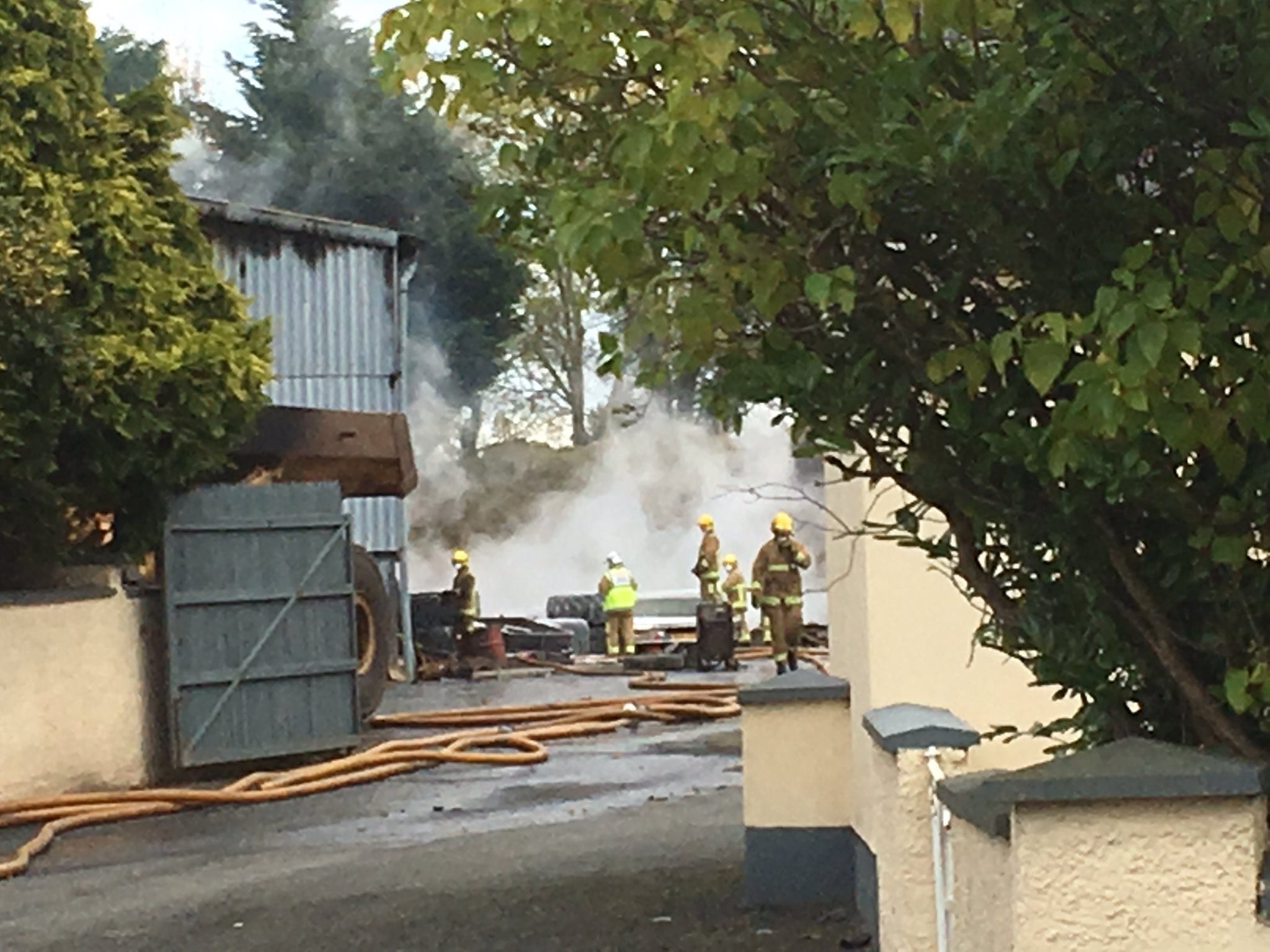 Firefighters are currently tackling a large blaze at an industrial unit in Portadown.

The fire broke out on the Drumnacanvy Road, Knocknamuckly earlier this morning.

“Residents in the area are being asked to close all windows and doors as a precautionary measure at this time.

“The call was received at 11.51am today (24 October 2016) and there are currently 5 Fire Appliances and 23 Firefighters in attendance.

“The Drumnacanvy Road is currently closed and the incident is ongoing.”