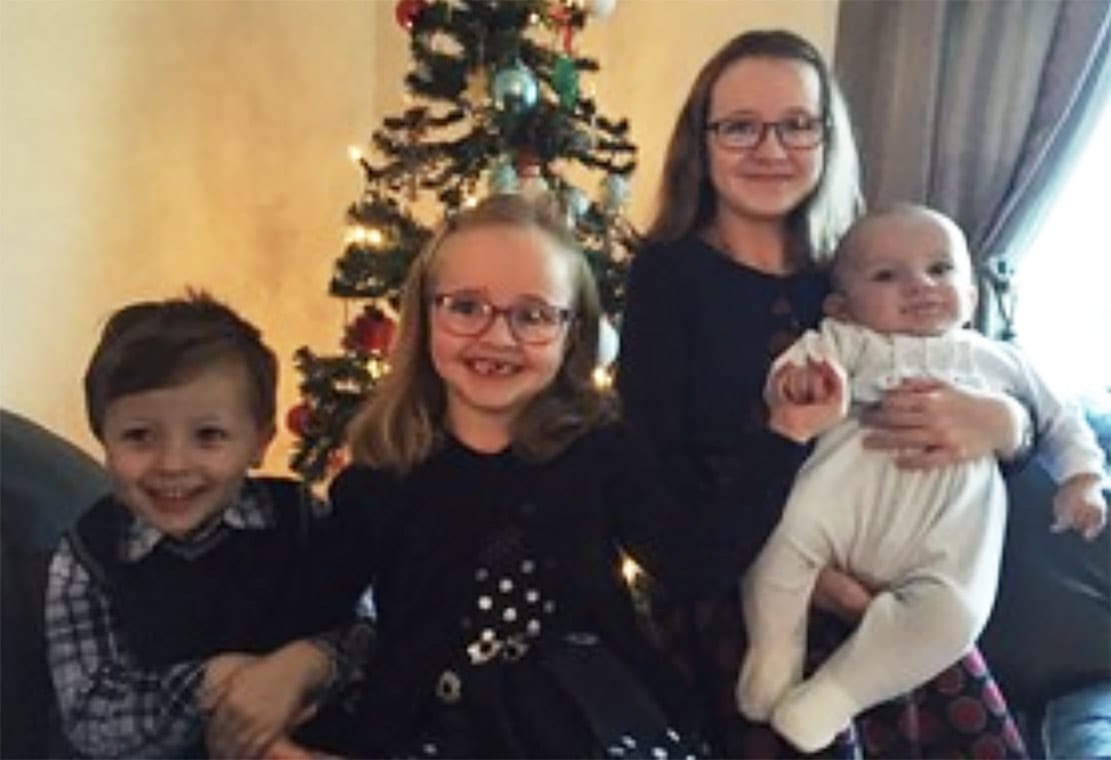 A Co Armagh couple are looking forward to a very special Christmas now that their youngest son – who was born with a rare liver disease – is home with his family following a life-saving transplant.

Thomas Bell, from Portadown, who is now nine months old, was just eight days old when his GP referred him to hospital with a slight heart murmur.

“When the hospital did blood tests, they could see that there was a problem with his liver but he also had sepsis” explained Thomas’ dad David.

“The next day we were transferred by air ambulance to Birmingham Children’s Hospital where they continued to treat the sepsis but also suspected that Thomas had biliary atresia, a rare and life threatening liver disease.

“This was confirmed after two weeks when the sepsis had fully cleared from his system and his liver function tests did not return to normal.”

Although Thomas was discharged from Birmingham Children’s  Hospital  in April, the next few months were tough on the whole family as Thomas’ condition did not improve and there were several trips both to their local hospital and to Belfast Children’s Hospital.

“Thomas’ final admission to our local hospital was in early September,” added David. “This time he had gone off his feed and they had to put in a feeding tube. He was in hospital for a week while my wife Sharon and I were trained on how to use the pump which remained in place until just a few days ago.”

On September 24 Thomas was admitted to Birmingham Children’s Hospital once more and his family were told that a liver transplant was his only option.

Fortunately he did not have to wait long for a donor liver to become available and received his transplant on October 7.

After two weeks he was able to come home and his parents say the change is unbelievable.

“Only a few weeks ago Thomas’ colour floated between yellow, green and brown and his eyes were completely yellow, said David. “He is now a normal colour and his eyes are white. He is a lot more awake and his personality is really coming out. He used to sleep nearly all the time, now he plays with the other children, laughs and shouts.  He is trying to talk, he is eating solid food and now reacts like any child of his age would do.”

The family are looking forward to being together for Thomas’ first Christmas.

“Thomas has been through physical pain but the other children have suffered mentally. To be all together at Christmas will be fantastic.”

The family has been supported by Children’s Liver Disease Foundation, whose Chief Executive, Alison Taylor, commented: “Every week in the UK 20 children are diagnosed with a liver disease and the causes are still not known. Thomas’s family have been through a really tough time and we are delighted that his transplant has been a success. His story demonstrates what a wonderful gift organ donation is.

“Thanks to a selfless decision made by another family at a tragic time, Thomas is able to spend his first Christmas with his family.”