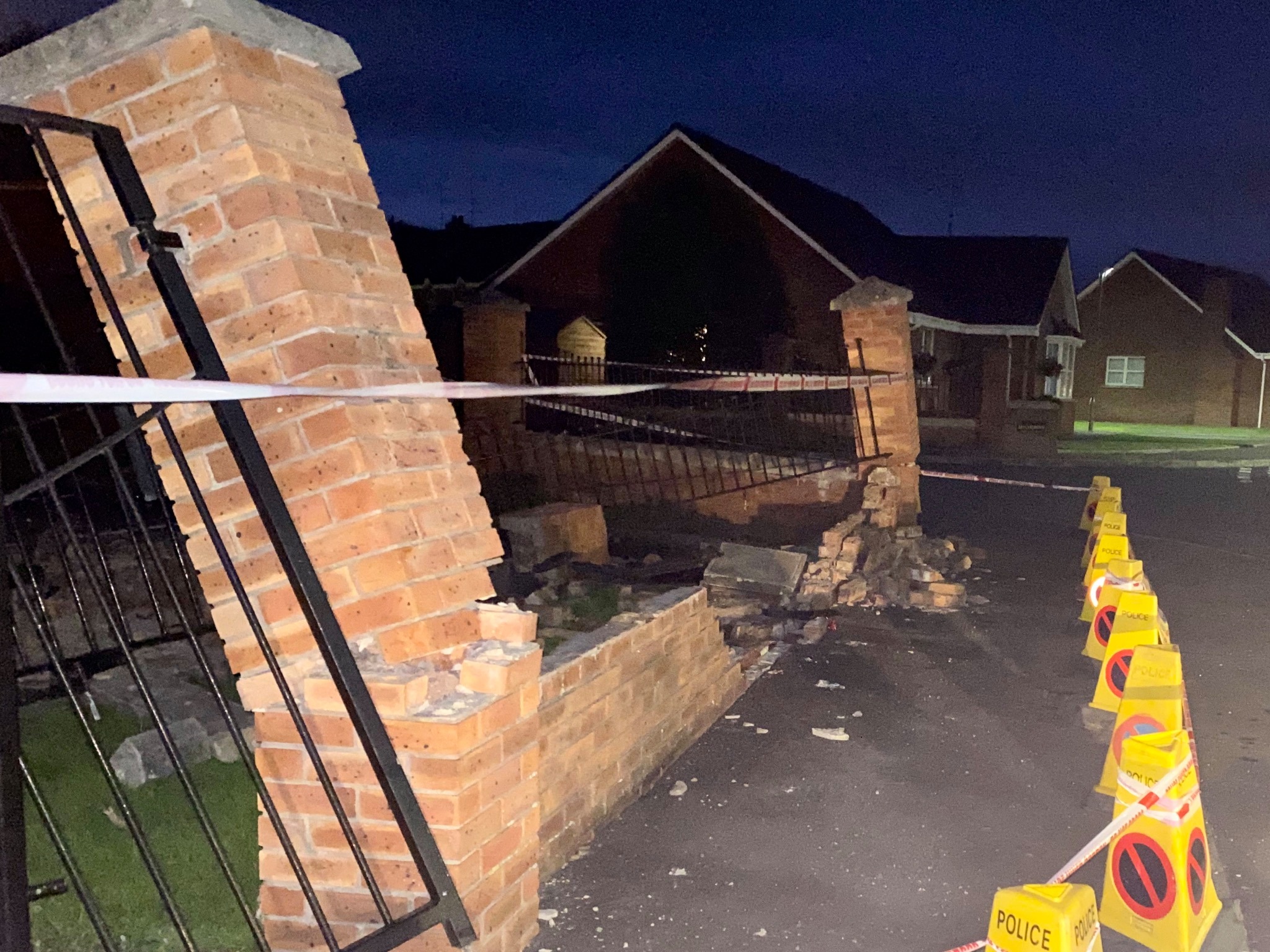 A drink driver was arrested after smashing into the wall of a Portadown school late on Sunday night.

The incident happened at the gates of Edenderry Primary School next to the Beechgrove residential area where many children play during the day.

Fortunately, the incident happened late at night – there were no reported injuries.

A PSNI spokesperson said: “This is the damage caused by a crashed car, which was driven into the wall of a local Primary School overnight.

“The driver was arrested nearby with the assistance of a police dog.

“The driver is now facing prosecution for several offences. Never ever drink and drive.”

An official PSNI statement later confirmed: “Police arrested a 30-year-old man on suspicion of driving with excess alcohol after a collision on Princess Way in Portadown at around 1.50am this morning.

“He has since been released on bail to return at a later date.”